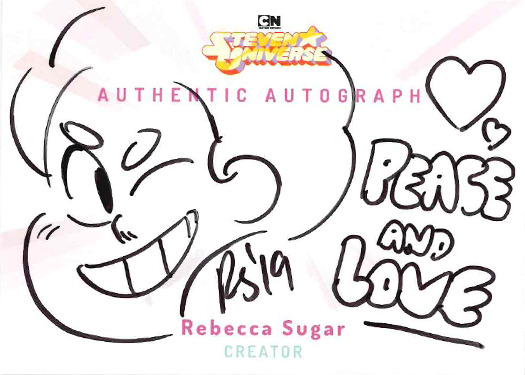 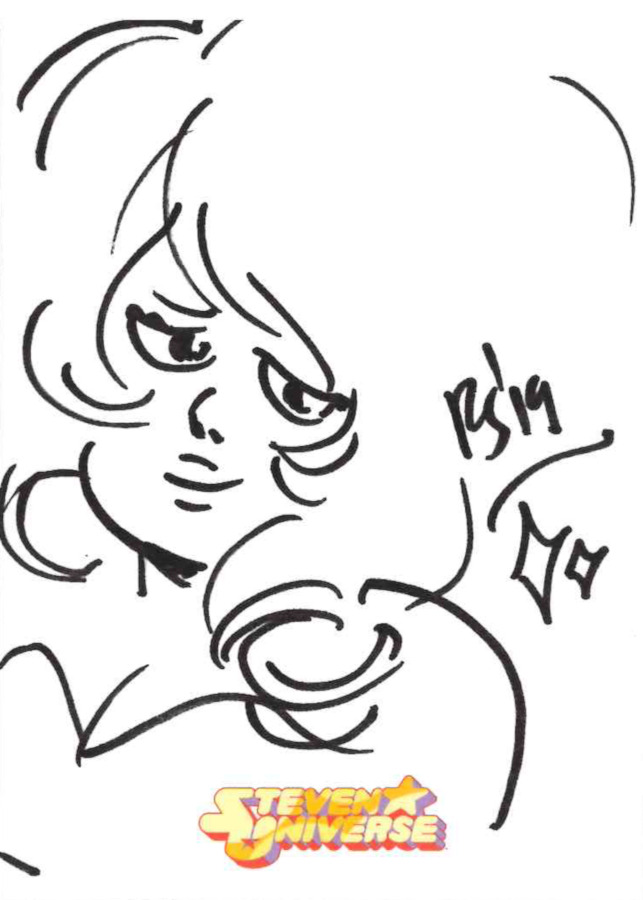 “The team at Cryptozoic is, it’s safe to say, a bit obsessed with Steven Universe, so we jumped at the opportunity to create these trading cards,” said Dustin Porras, Assistant Product Manager of Trading Cards at Cryptozoic. “We know this may be the first introduction to the world of trading cards for many Steven Universe fans, so we’ve worked really hard to put together a set that is true to the show’s aesthetic and features lots of familiar names like creator Rebecca Sugar, plus others from the cast. We think Steven Universe fans will be really pleased and, who knows, some of them may even turn into trading card collectors!”

The one-of-a-kind, hand-drawn Sketch Cards by some of today’s hottest artists offer creative and eye-catching interpretations of favorite characters from the show. 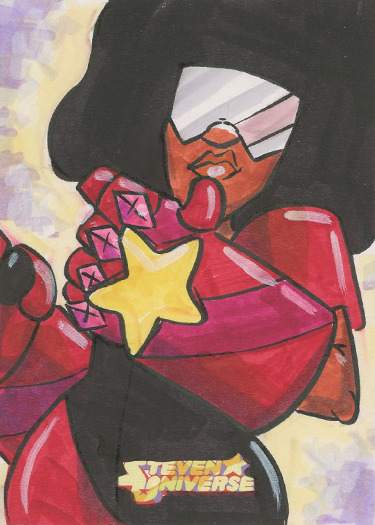 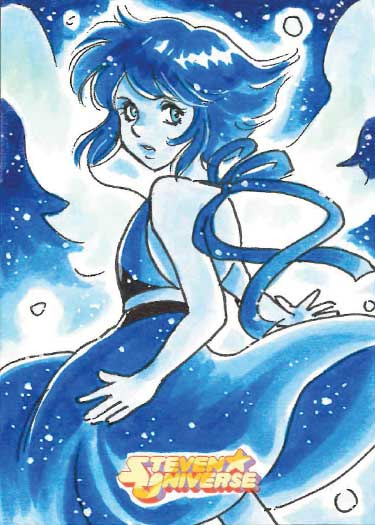 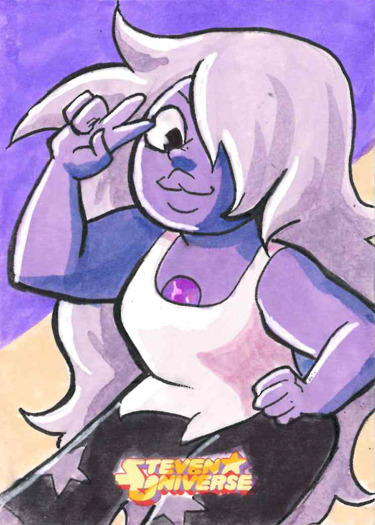 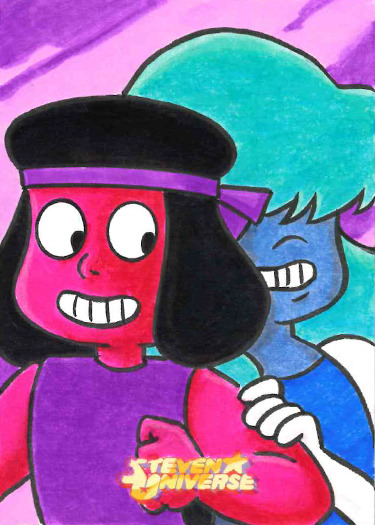 The Chase Sets include “Crystal Gem Friends,” providing images and descriptions of members and allies of the Crystal Gems; “Fusions,” showcasing characters on the show who are created through fusions of Gems; and “Greatest Hits,” cards in the shape of vinyl record sleeves that feature art for the show’s iconic songs, such as “What’s the Use of Feeling Blue?,” “Something Entirely New,” and “Peace and Love on the Planet Earth.” 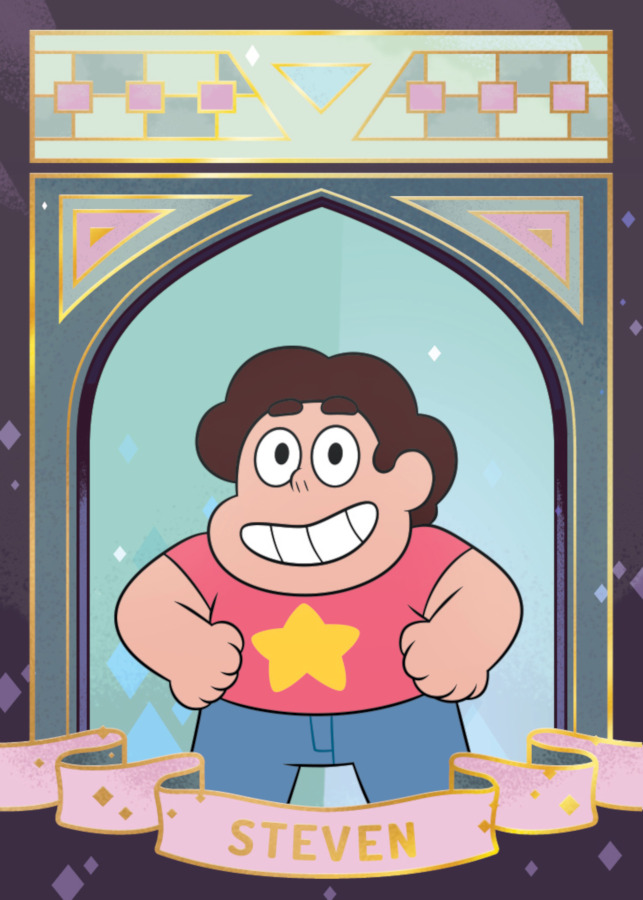 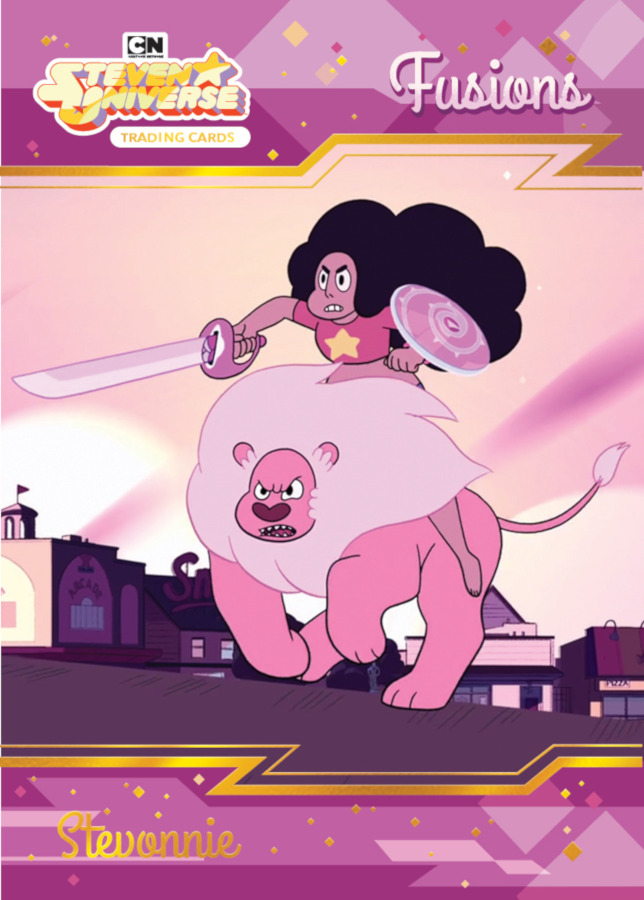 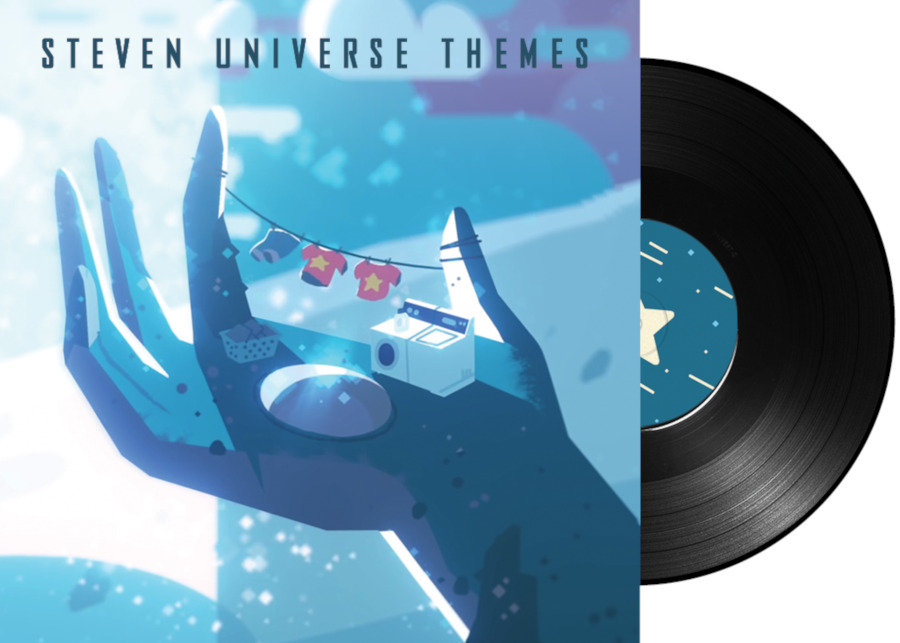 The final Chase Set, “Totally Fabricated Bubbled Gems,” is part of Cryptozoic’s “Totally Fabricated” series, in which the company approximates what costume pieces and props may look like in real life for properties that do not actually have them (e.g., an animated series like Steven Universe). Cards in this set have small encased “Gems,” inspired by the corrupted Gems who are bubbled in the series and then become allies of the team. 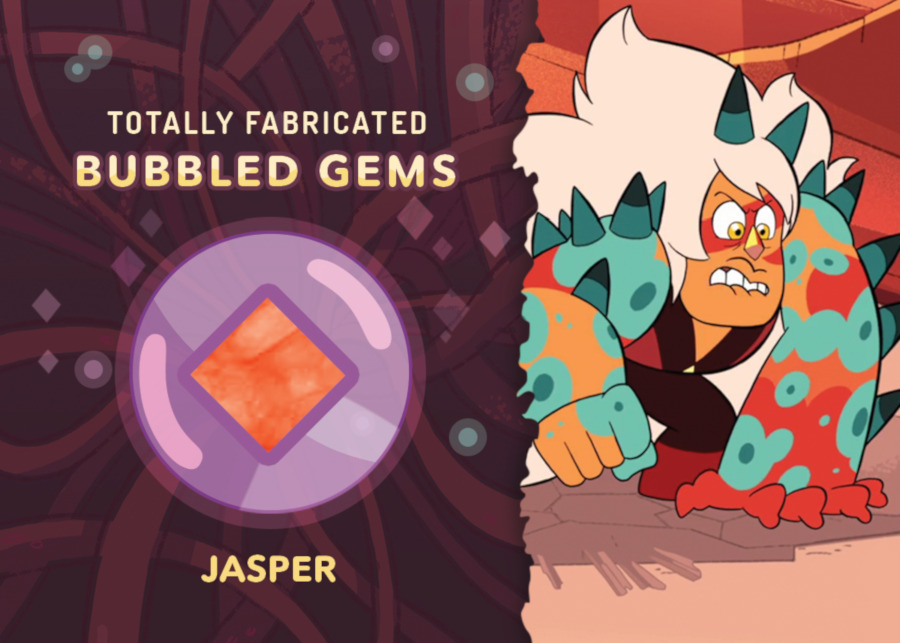 Steven Universe Trading Cards will be available at retailers nationwide on June 19. 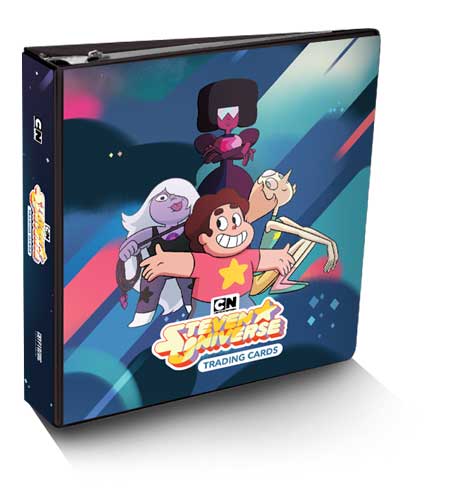 About Cartoon Network Enterprises
Cartoon Network Enterprises (CNE) is responsible for building consumer products and merchandising programs for a wide range of brands by securing and supporting long-term licensing partnerships across all categories. As the global branding and merchandising arm of Cartoon Network and Adult Swim, the division manages the consumer product programs for the networks’ award-winning original programming, brands and characters including Ben 10, Adventure Time, The Powerpuff Girls, Steven Universe, The Amazing World of Gumball, and We Bare Bears, as well as Rick and Morty on Adult Swim.

Cartoon Network Enterprises is a part of WarnerMedia, a leading media and entertainment company that creates and distributes premium and popular content from a diverse array of talented storytellers and journalists to global audiences through its consumer brands including: HBO, Warner Bros., TNT, TBS, truTV, CNN, DC Entertainment, New Line, Cartoon Network, Adult Swim, Turner Classic Movies and others.