Based on Starz’s hit time-travel drama Outlander, Cryptozoic’s first CZX™super premium trading card release features thick, glossy cards that sport gold Deco Foil, an unprecedented number of Dual and Triple Autograph Cards, and a long list of signers headlined by stars Sam Heughan and Caitriona Balfe. It is the company’s premiere product to have Autograph-Wardrobe Cards, individual cards that are both signed and contain a piece of fabric used to make the show’s lavish costumes. CZX Outlander includes a 54-card Base Set with episodic images from Seasons 1-4, two Chase Sets, and randomly inserted Autograph and Wardrobe Cards. 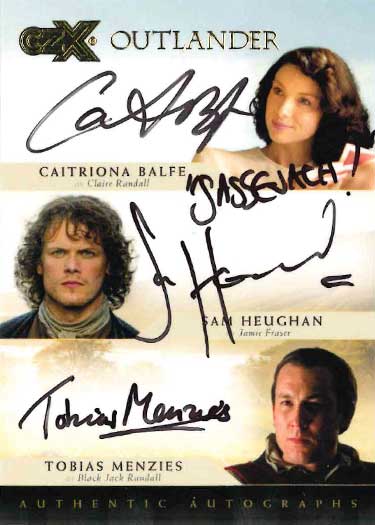 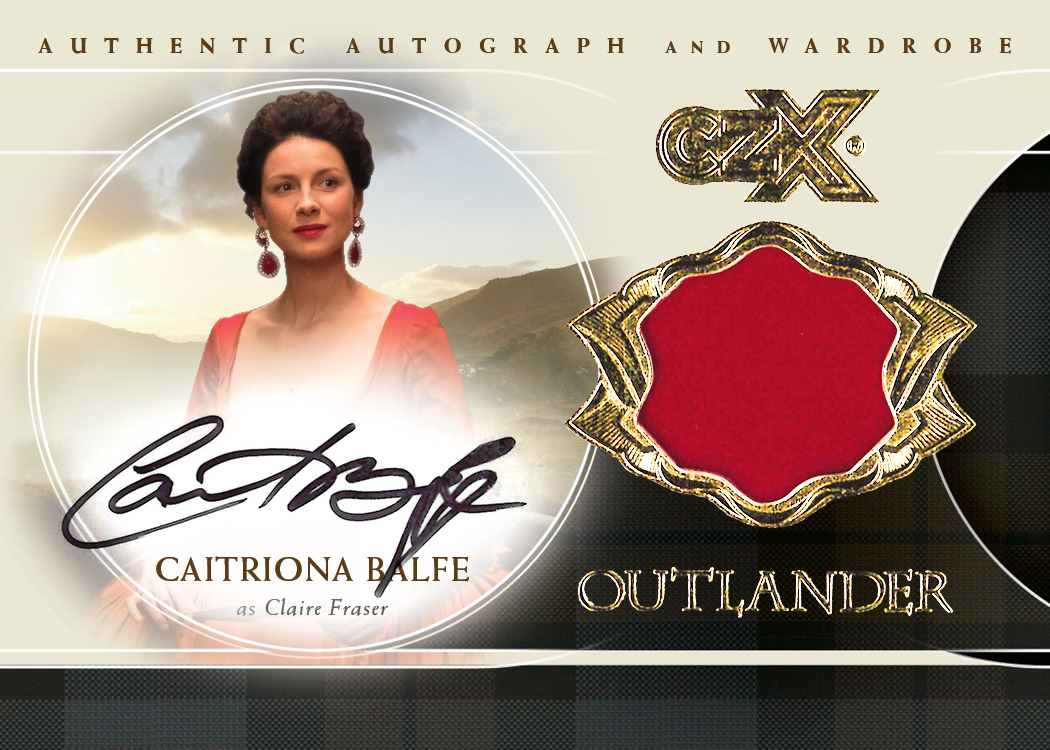 “We’re extremely excited to launch our CZX line of super premium products with CZX Outlander, the highest quality trading card set Cryptozoic has ever produced,” said Jamie Kiskis, VP of Marketing & Product Development at Cryptozoic. “Our team has been working on developing the CZX brand for more than three years now and a lot of effort has gone into the designs, photos, character selection, and acquiring dual and triple on-card autographs from stars Sam Heughan and Caitriona Balfe and other cast members. These are the most beautiful cards that Outlander fans have ever seen and we are proud to make the product our inaugural CZX release.” 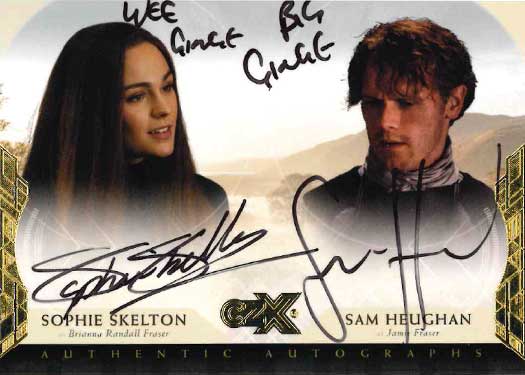 The product includes Dual and Triple Wardrobe Cards, each containing multiple pieces of the costumes used in the production of the series. 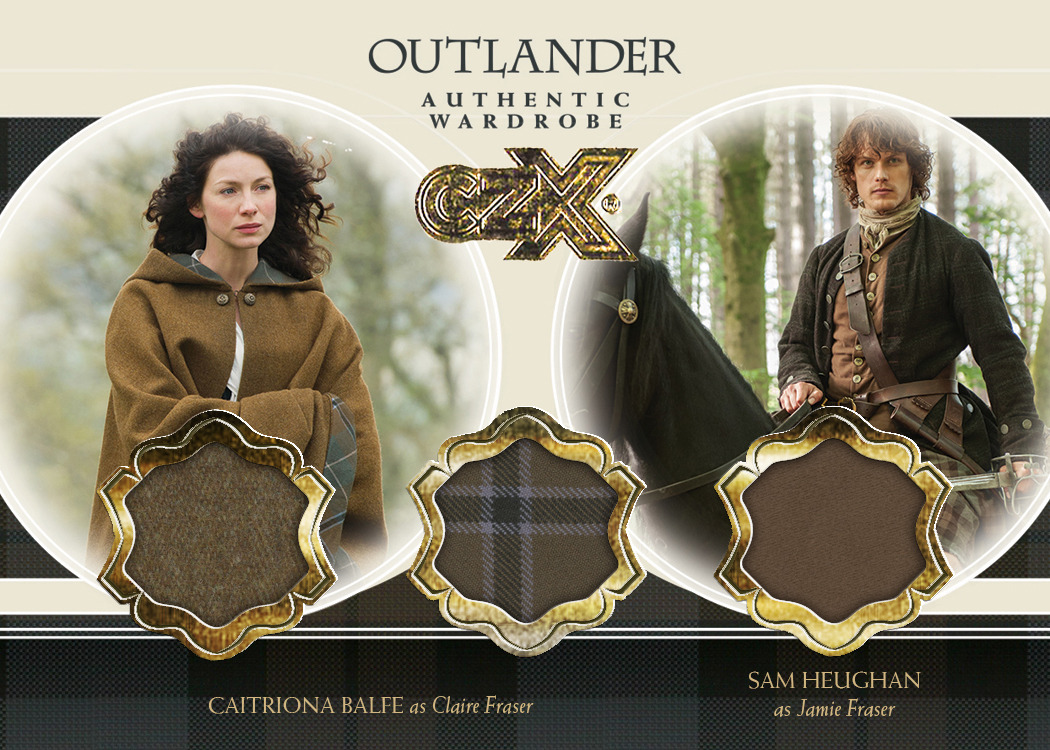 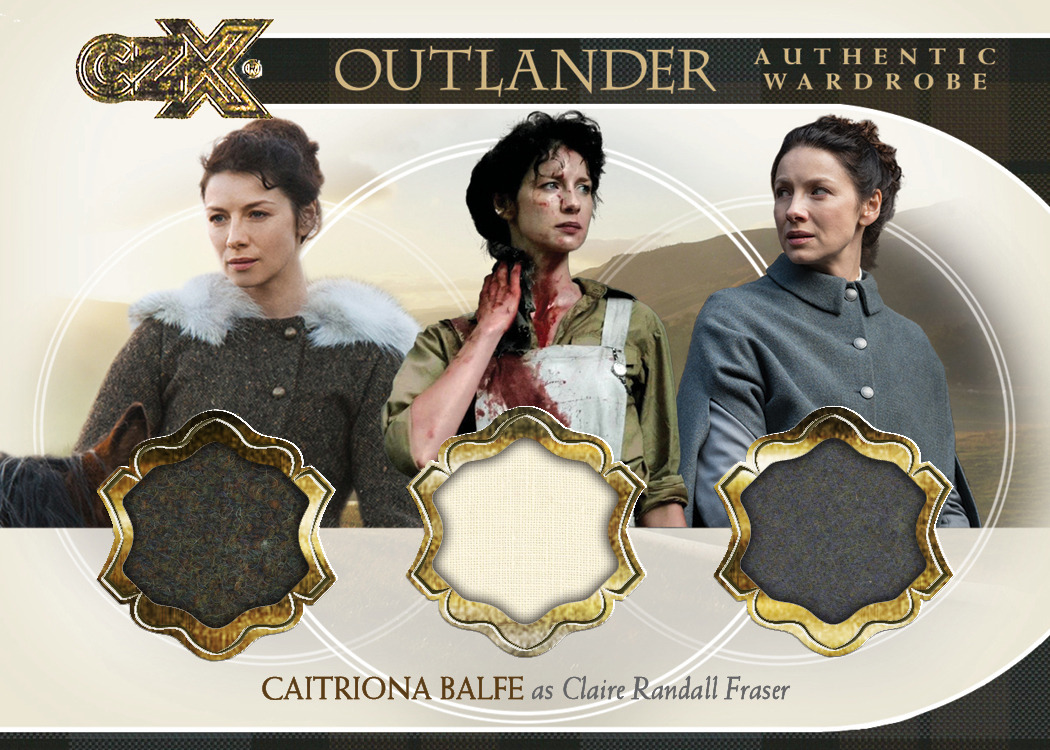 Lenticular, the first Chase Set, showcases images of the main characters on cards that have the illusion of depth, creating a 3D effect. Some cards in the set even feature small snippets of footage from various episodes that play out as the card is rotated. 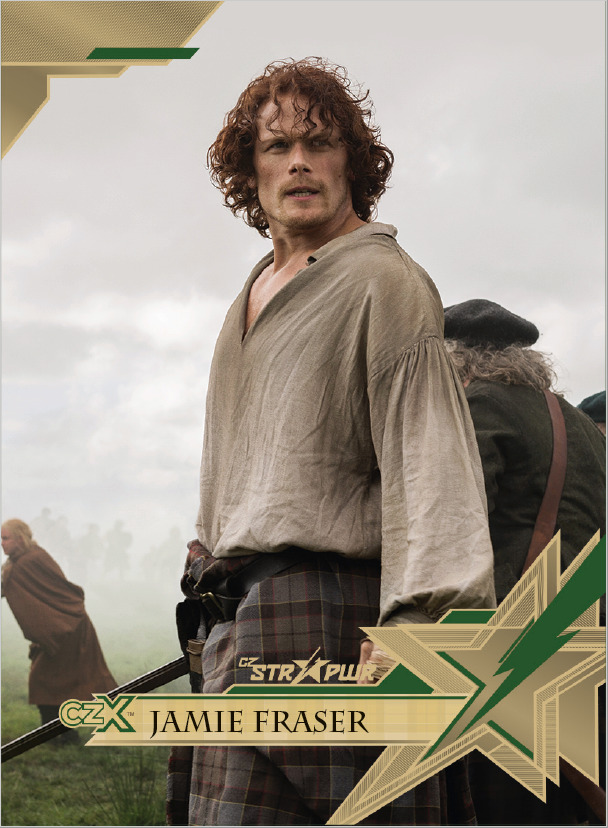 CZX Outlander will be available at retailers nationwide on August 14. 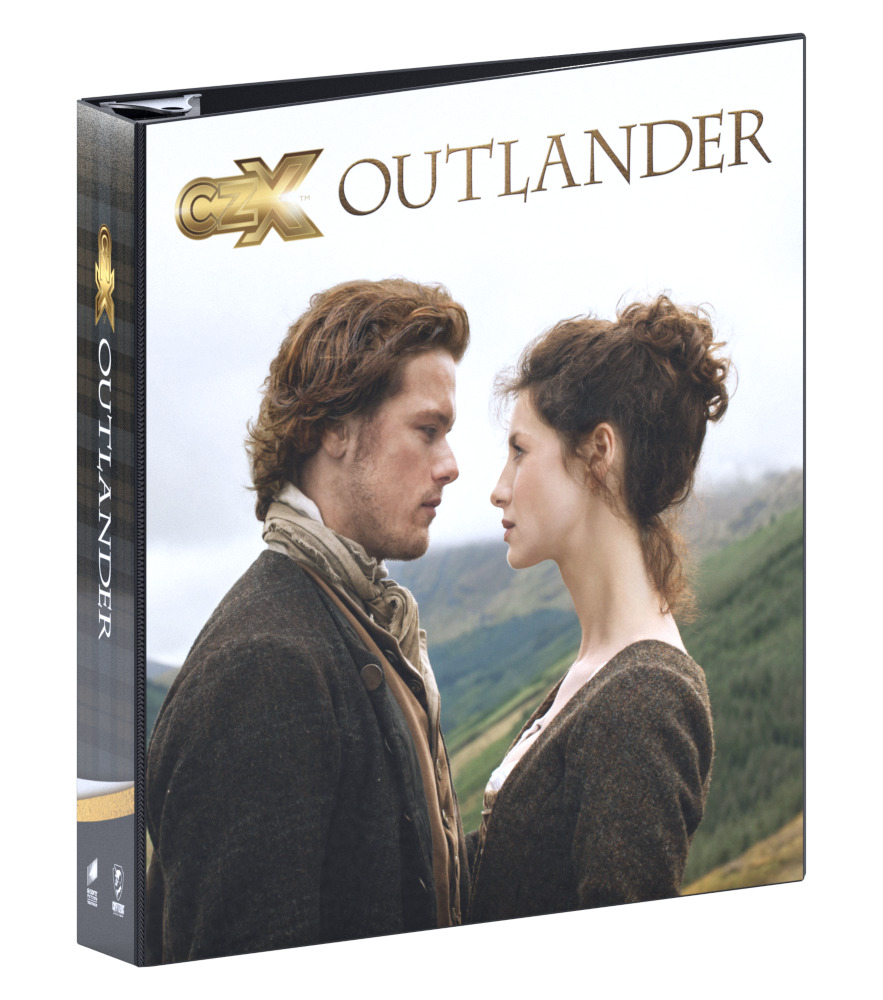 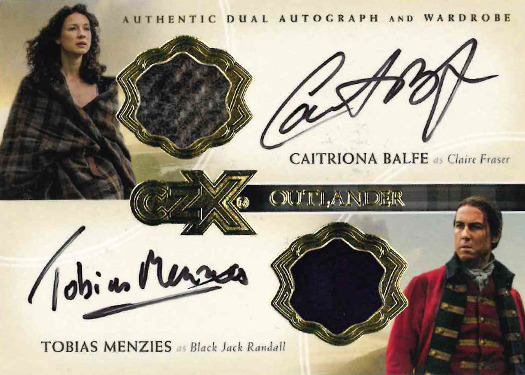 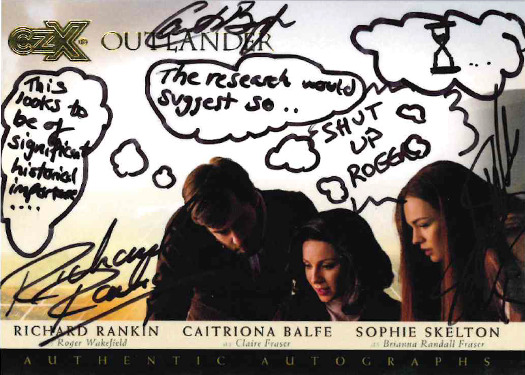 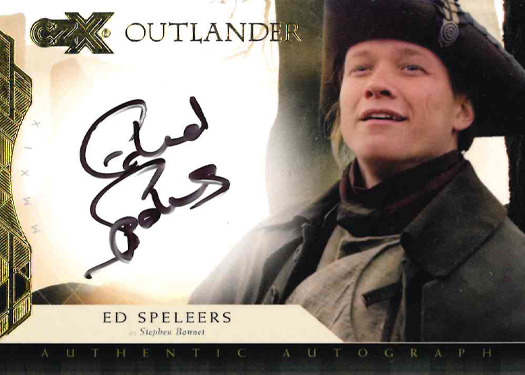 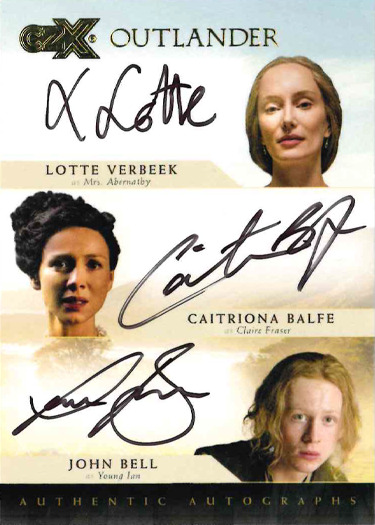 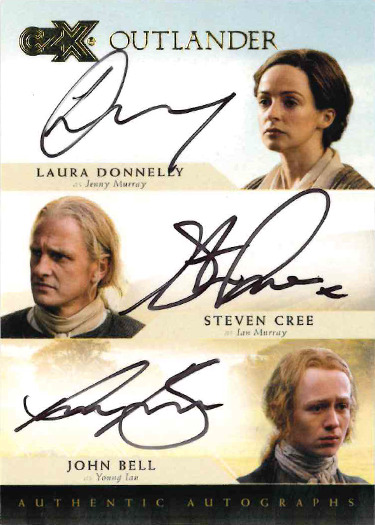 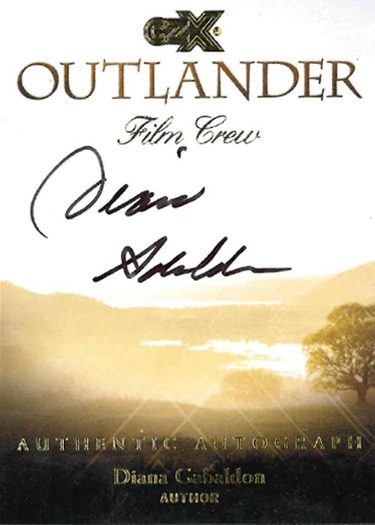 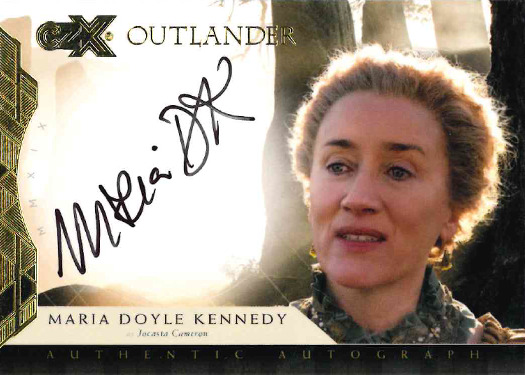 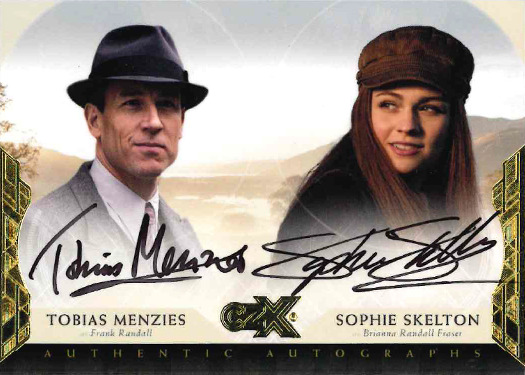 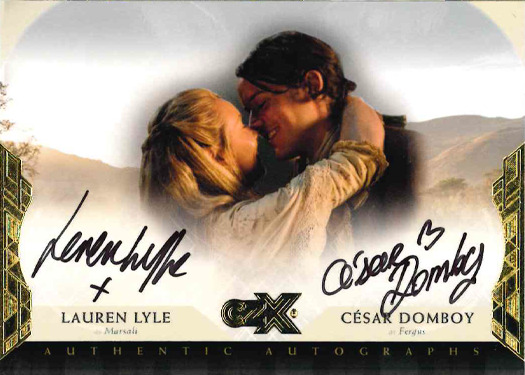 For more information, check out the CZX Outlander product page.

About Outlander
The “Outlander” television series is the hugely successful drama based on Diana Gabaldon’s eight-book Outlander series that has sold an estimated 30 million copies worldwide, with all the books having graced the New York Times best-sellers list. The Outlander series spans the genres of history, science fiction, romance and adventure in one amazing tale.