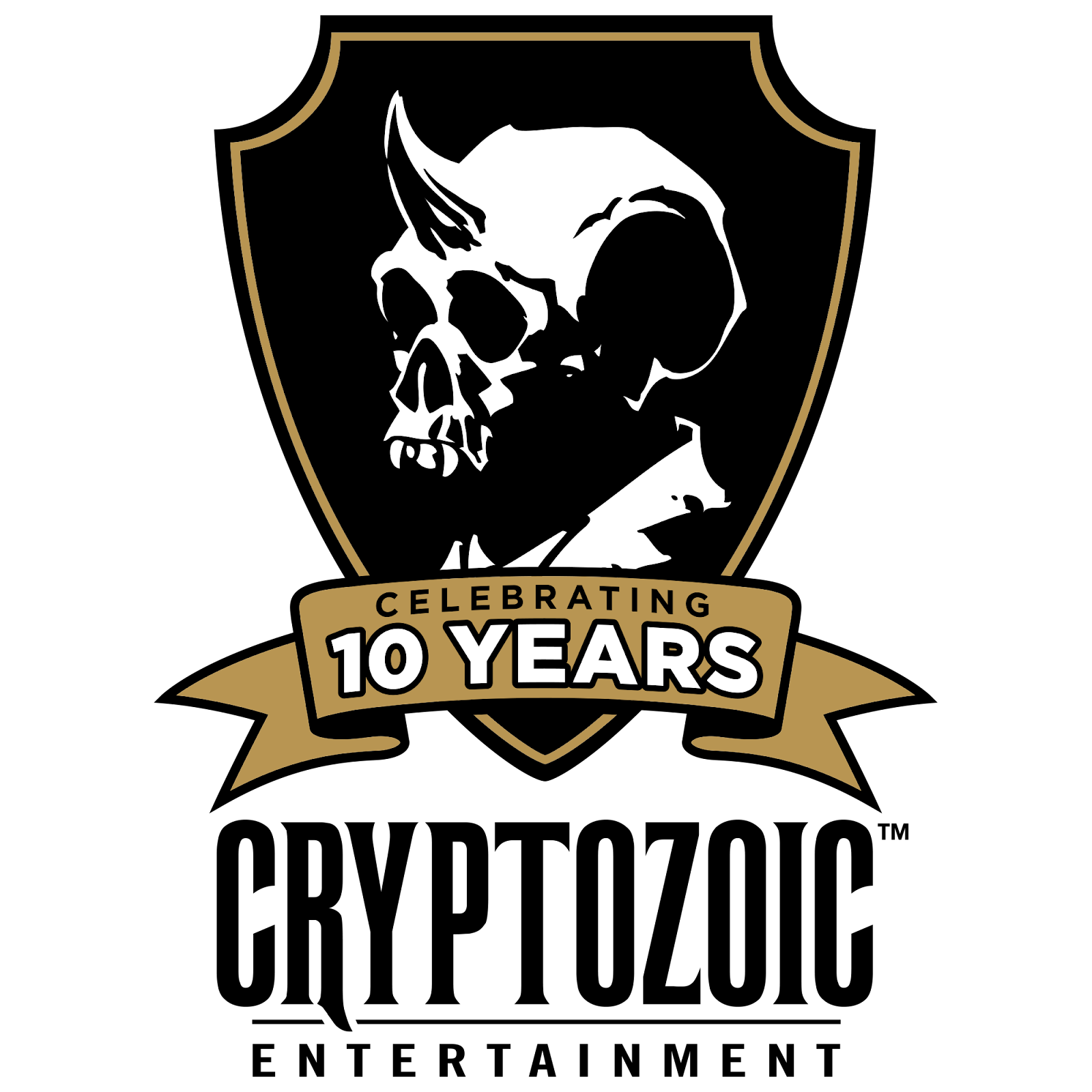 The following article was first published in the February 2020 issue of Game Trade Magazine (GTM).

Since it was founded 10 years ago, Cryptozoic Entertainment has had a single motto: “Fans First.” But what most people don’t realize is that this has a double meaning. Indeed, we are dedicated to creating products that fans of pop culture will love. But just as importantly, we are fans ourselves. We only produce licensed and original tabletop games, trading cards, and collectibles based on properties that we are passionate about. 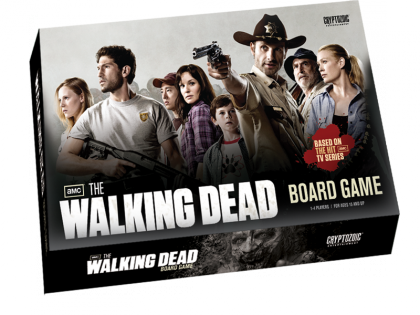 When we first started in 2010, the hobby gaming space was extremely different. Most of the licensed games out there were, if we’re being honest, cash-grabs that were hastily put together. People who followed these properties would often end up feeling taken advantage of. So, we were determined to be pioneers in creating high quality tabletop games based on beloved properties. We started by looking at TV shows, movies, and comics that members of our team followed; as long as someone who worked at Cryptozoic was a superfan of the property and would make sure it delivered a game that was faithful and fun for fans, we’d consider it. In the process, we created games based on DC,The Walking Dead, Adventure Time, The Lord of the Rings, and more in our first years as a company. 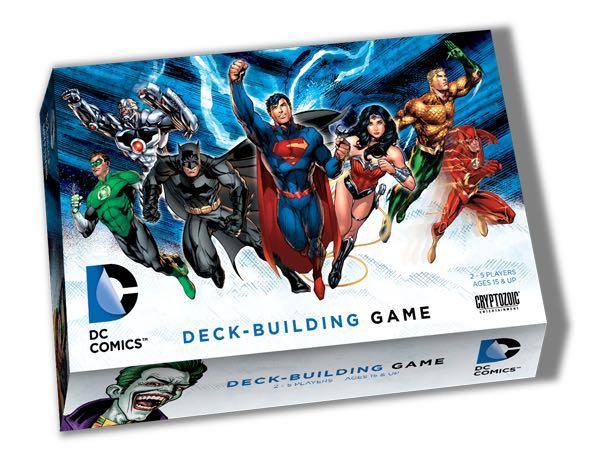 Pretty quickly, gamers out there realized we weren’t just slapping licenses on games, but were producing amazing products that had tons of replay value and showed respect for the IPs. Our DC Deck-Building Game is a great example since it has been a product that has resonated with hardcore gamers and people who love DC’s characters and stories. In the years since its release, we have released numerous expansions and fans know that we’ll always give them something that offers innovative new mechanics and remains true to the DC Universe. DC Deck-Building Game: Dark Nights: Metal is our latest release in the series, and it will be in stores later this year! 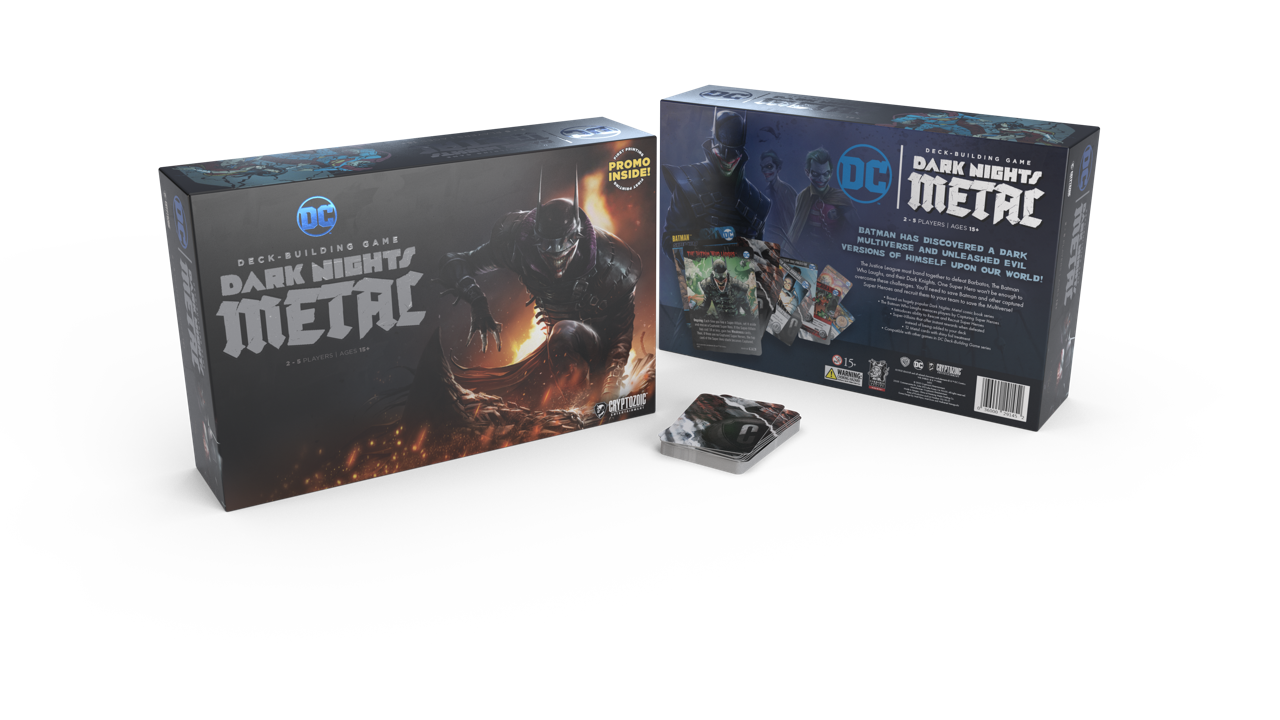 For a company that produces many licensed games, it’s not just about getting big licenses: You also have to stay ahead of the curve and find the “next big thing” before it actually hits big. The epitome of that for Cryptozoic has been Rick and Morty. Members of our staff loved the show from day 1. There was a lot of concern that a niche show on Adult Swim wouldn’t result in significant sales, but we decided it was worth the risk. It paid off big-time when the show became a pop culture phenomenon and our first game based on the show, Rick and Morty: Total Rickall Card Game, became one of our best-selling titles ever (and continues to sell at a pretty solid pace). We now have a library of Rick and Morty games based on different episodes in a variety of different genres (deck-building, roll-and-write, etc.). Rick and Morty: The Morty Zone Dice Game, our latest game based on the show, is based on the Season 4 premiere and was released a few days before that episode even aired! 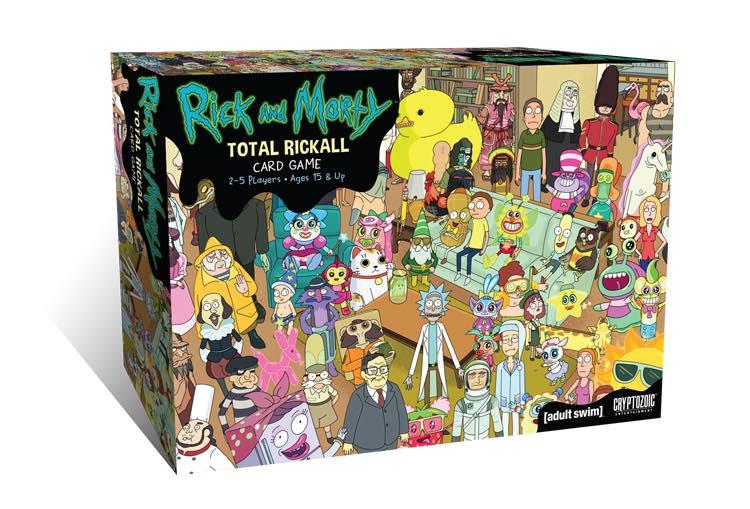 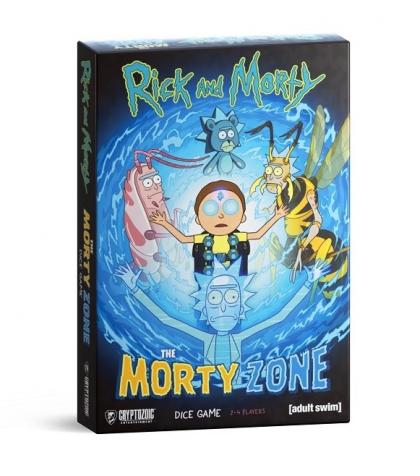 Steven Universe: Beach-a-Palooza Card Battling Game, another licensed game based on a beloved animated property, is coming later this here with game design and art direction led by huge fans of the show. 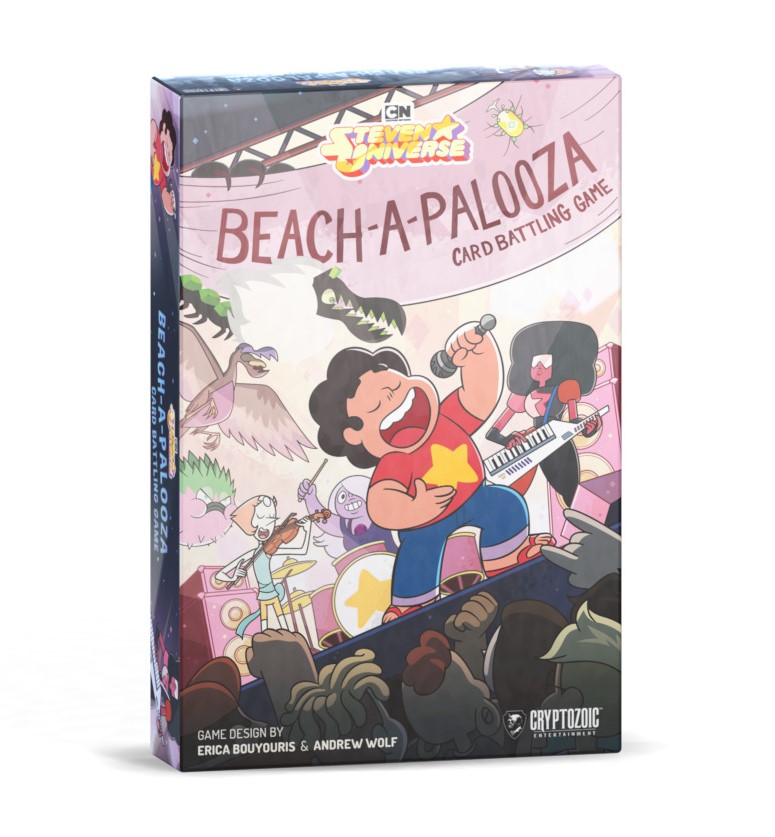 Sometimes when creating a licensed game, it’s about using a brand in a unique way. In 2017, we were working with Scott Rogers to design a game that utilized color cards to create characters from pop culture. We decided to get a license from Pantone, the world’s leading color expert, for the game. It was a bold and somewhat strange idea, but really it ended up making perfect sense. Pantone: The Game has become one of our most popular games ever. 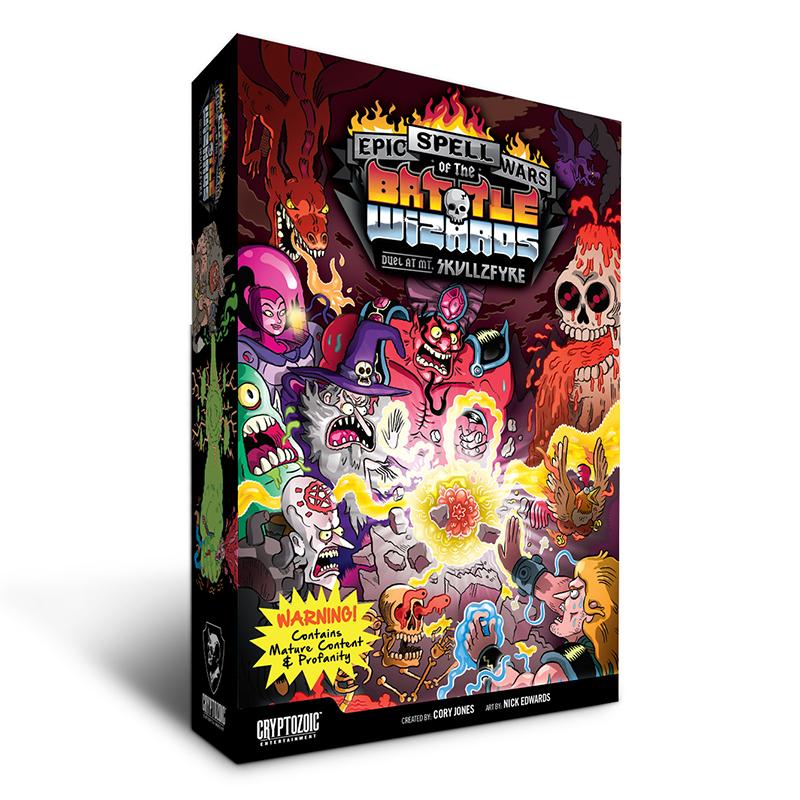 Though we may be best known for quality licensed games, we have always strived to create original ones as well. Our guiding principles for these games are still pretty much the same: Are we (as a company) fans of the idea? Is there someone on the team who is so passionate about the concept that he will lead the charge to produce the best game possible? That’s how Epic Spell Wars™of the Battle Wizards—with its over-the-top, mature humor and art—was born in 2015. We’re now up to four games in the main series plus Epic Spell Wars of the Battle Wizards: ANNIHILAGEDDON Deck-Building Game. The fifth spellcrafting card game in the series—Epic Spell Wars of the Battle Wizard: Hijinx at Hell High—-takes the action to high school. It will hit stores in just a few months! 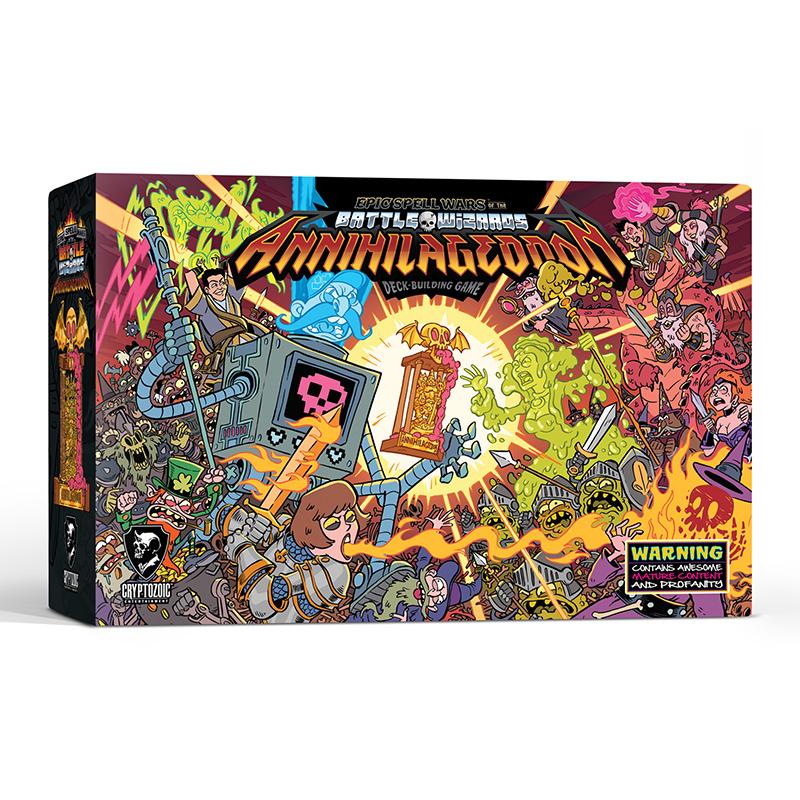 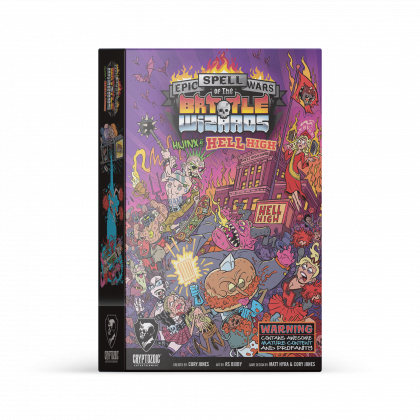 We’re proud to be able to celebrate a decade as a company in 2020. In the days, months, and years to come, we’ll continue to be pop culture geeks who produce quality products for fans by fans. We thank all the gamers and collectors out there for supporting us and making it an extraordinary 10 years… and counting.