DC Deck-Building Game: Looking Ahead to The Flash vs. Reverse-Flash, Injustice… and Beyond

Hey, DC Deck-Building Game fans! It’s been a while since we’ve released new content and we wanted to update everyone on the status of some projects and tease what you have to look forward to. We had previously announced that the next Rivals set, the next big box set, and the first Rebirth expansion would be coming out this year. Let’s get the bad news out of the way. We are no longer planning to release the Suicide Squad expansion for Rebirth. Also, The Flash vs. Reverse-Flash and Injustice are being pushed back to 2022. With that out of the way, let’s look at some quick highlights of these upcoming releases and more.

Our Rivals line of two-player games uses the Confrontation mode of play and showcases epic battles between two classic foes. The third installment features The Flash against his nemesis, Reverse-Flash. As a huge Flash fan, I have been personally looking forward to this one since we started the Rivals line. Each player will have their own stack of three-character cards of increasing cost with the goal of defeating all three versions of your opponent to win the game. As you build your deck, you will be able to call upon the help of various Speedsters or align yourself with the Rogues. Flash will need to balance repairing the timestream as Reverse-Flash’s manipulation destroys it. Both sides will need to watch out for new Weakness cards that aid your opponent in defeating you. Design work is almost done, so these highspeed battles will be racing to your table soon. 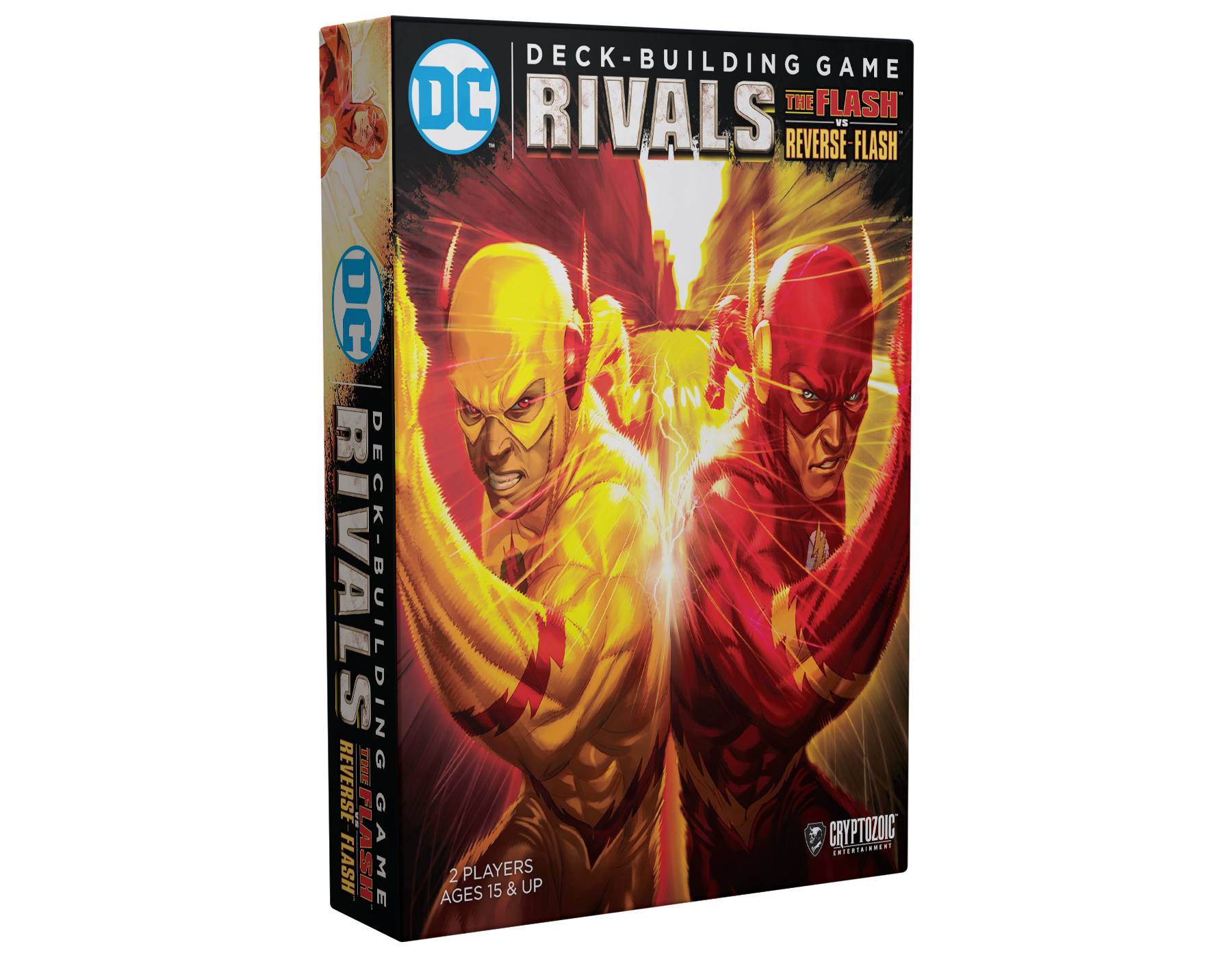 Our next big box stand-alone set takes place in the universe created by the Injustice: Gods Among Us video game and comics. In this alternate reality, Batman leads a group of insurgents against a tyrannical Superman. This game brings the Brawl mode of play found in the Epic Spell Wars of the Battle Wizards: ANNIHILAGEDDON Deck-Building Game to the DC Deck-Building Game line. Each player in this mode will have a health track and various card effects will allow you to deal damage to your foes. When a player reaches zero health, they are not eliminated from the game but will take a penalty and reset to full health. This system helps capture the video game feel of landing devastating blows on your opponent or blocking their strikes. Fans of the standard mode of play will still find lots of cards that can be used with their other expansions, and rules will include how to incorporate previously released sets into this new mode. You’ll be able to lay the smackdown on your foes in the second half of 2022. 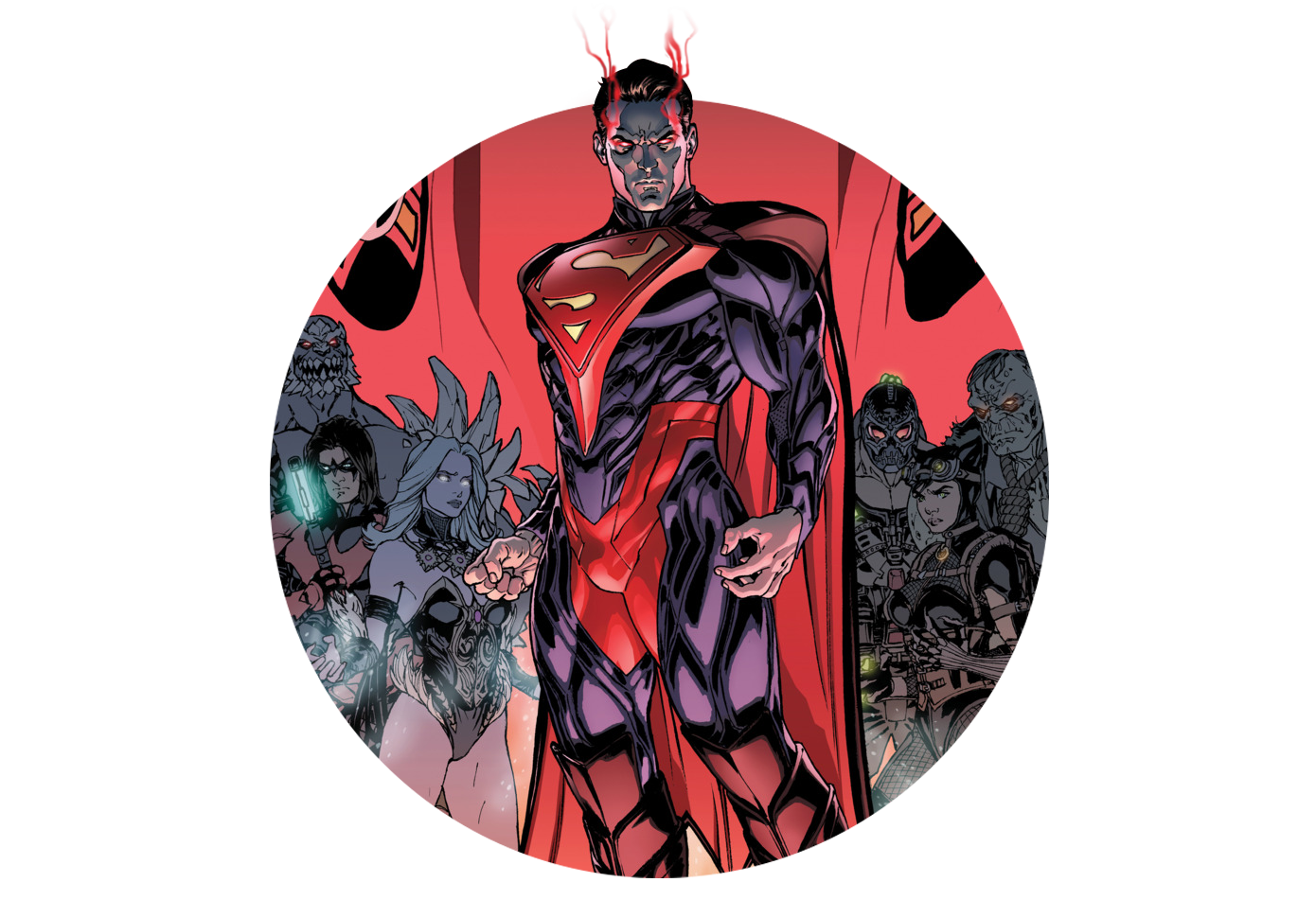 We are also hoping to get a couple other products out in 2022, but don’t have specific release windows yet. One will be for those looking to fill out their collection with previously released Crossover Packs (or get some shiny upgrades) and a new Bombshell of a storage box. In 2023, we are planning to have a new big box set and an expansion to Dark Nights: Metal. Hope that tides you over for now. Be on the lookout for more specific information as we get closer to the release dates!

Nathaniel Yamaguchi is a DC Comics fan and board game enthusiast who was thrilled to join Cryptozoic as a game tester on several of the original DC Deck-Building Game releases. Over the years he has been a tester, developer, or designer on all DC DBG sets and many other Cryptozoic games. He now oversees the design of Cryptozoic's next wave of DC Deck-Building Game products.