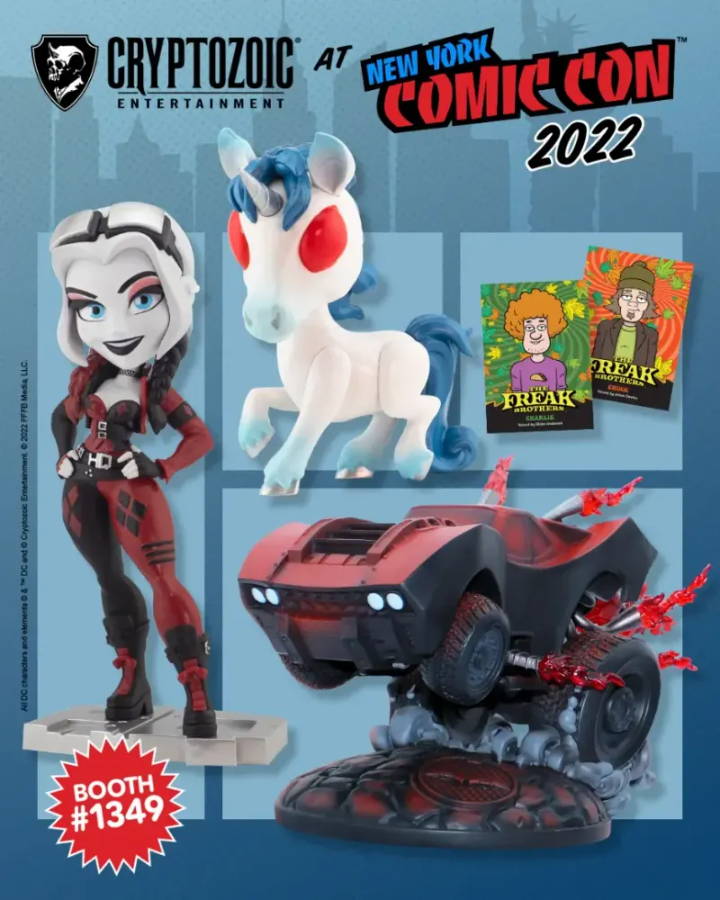 At Booth #1349, it will sell the NYCC-exclusive Winter Unicorn figure, part of the Cryptkins™ Unleashed line of figures. In addition, the company will premiere The Batman Designer Series Batmobile Statue: Red & Black Edition, a Cryptozoic Exclusive polyresin statue limited to only 400 pieces, and the limited Harley Quinn The Suicide Squad Movie Collectible: Noir Edition. Fans can also look forward to previews of many upcoming Cryptozoic collectibles, including Cryptkins: Series 3 vinyl figures, Dancing Peacemaker bobble figure, and Pantheon of Justice polyresin statues based on Superman and Batman.

Trading card collectors can get two Promo Cards for the upcoming release The Freak Brothers Trading Cards Season 1. Finally, Cryptozoic will have copies of several of its major games, including the new Epic Spell Wars of the Battle Wizards: ANNIHILAGEDDON 2 – XTREME NACHO LEGENDS and numerous titles in the popular DC Deck-Building Game series.

“New York Comic Con is one of the biggest pop culture events in the world, so we made sure we were ready to go with exclusives and lots of new products,” said John Sepenuk, CEO of Cryptozoic. “We think fans will love our latest collectibles and the products we’re previewing for next year, with unique Cryptozoic takes on Superman, Batman, and Peacemaker. We can’t wait to talk with everyone who stops by our booth and hear what they’re most excited about!”

The exclusives and items premiering at the show are:

Winter Unicorn (Cryptkins Unleashed): This NYCC-exclusive variant of the Unicorn vinyl figure from Cryptozoic’s popular Cryptkins Unleashed line sports show-stopping white and ice-blue paint and a silver horn. The 5-inch collectible comes packaged in a window box with a foil sticker marking it as “Exclusive Species.” It will sell for $24.99. 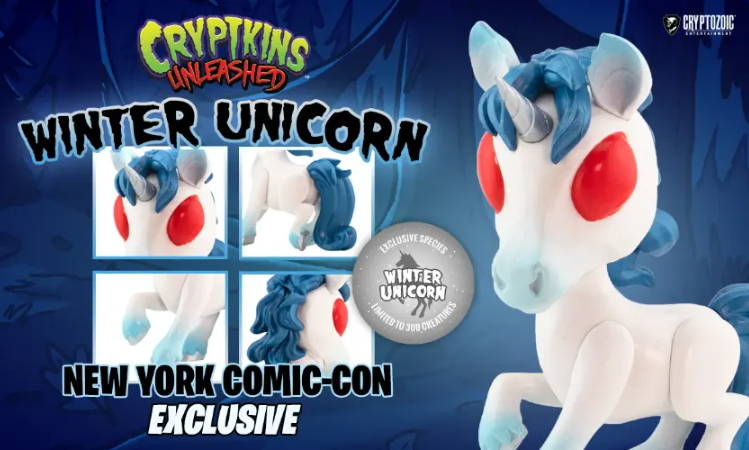 The Batman Designer Series Batmobile Statue: Red & Black Edition: Inspired by Jim Lee’s iconic poster for The Batman, this limited edition variant features eye-catching red and black paint and is a Cryptozoic Exclusive, only available from the company at shows and online. Each polyresin statue is numbered on the base, as well as on the Certificate of Authenticity, from 1 to 400. It will premiere at NYCC for $219.99. Fans can also PREORDER it from the Cryptozoic Shop for shipping after the show. 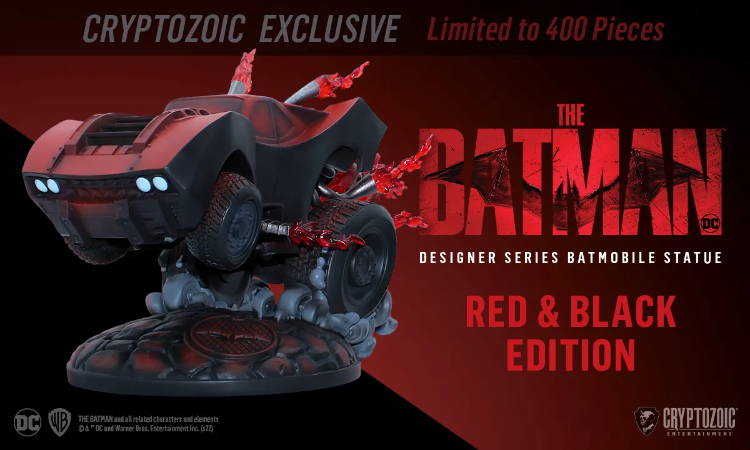 Harley Quinn The Suicide Squad Movie Collectible: Noir Edition: This figure is a limited edition variant that is premiering at NYCC. Like the previous releases in Cryptozoic’s extremely popular Noir Edition series, it sports a stylish gray color scheme, inspired by the timeless look of film noir. The 7.5-inch collectible comes packaged in a window box with a unique design and sticker, which is individually numbered. It will sell at NYCC for $39.99. Fans can also PREORDER it from the Cryptozoic Shop for shipping after the show. 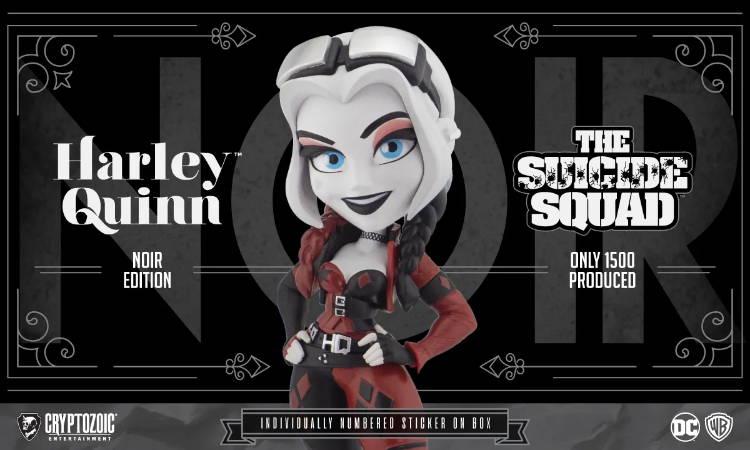 Cryptozoic will offer previews of the following upcoming collectibles, with prototypes on display:

Cryptkins: Series 3: They do exist, and they’re back! Cryptozoic’s original Cryptkins IP features creatures from myth and folklore who are equal parts cute and scary. The 13 unique characters in this latest release include Skunk Ape, Hippocamp, Jackalope, Alien, and Champ. Each 2.25-inch tall figure comes packaged inside a collectible blind-reveal miniature crate. The figures will be available in 2023. 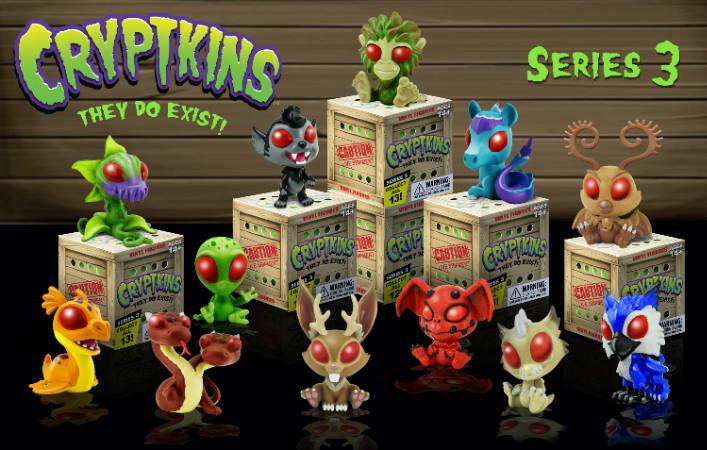 Dancing Peacemaker: Inspired by the unforgettable opening number from the Peacemaker TV series, this collectible showcases the character ready to hit the dance floor. The 6.25-inch bobble figure sways at the waist, ready to move rhythmically. It will hit stores in 2023. 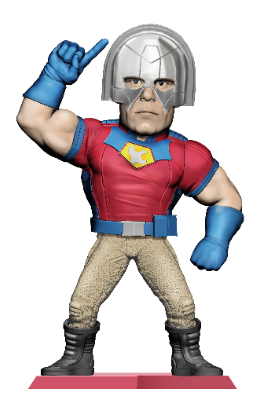 Superman: Prince of Krypton Statue and Batman: Champion of Gotham City Statue: These two new additions to Cryptozoic’s Pantheon of Justice series of polyresin statues reimagine Superman and Batman as classical Greek sculptures. The Superman statue measures nearly 15 inches tall from the base to the tip of the sword and features gold-accented sword and armor, Kryptonian lettering, and the character heroically raising his weapon to the sky. The Batman statue measures 12.25 inches tall and showcases gold-accented shield and helmet and the Super Hero victoriously posing atop a bat head. Both statues will be available in 2023. 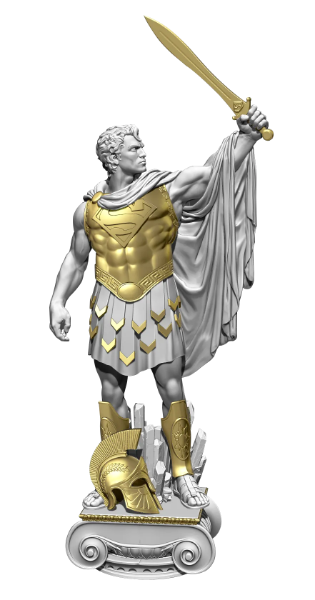 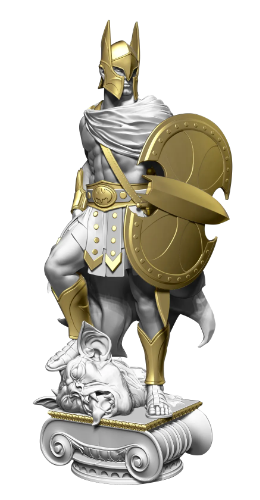 Trading card fans can get Promo Cards P5 and P6 for Cryptozoic’s upcoming The Freak Brothers Trading Cards Season 1, based on the hit animated series. One card comes per purchase, while supplies last. 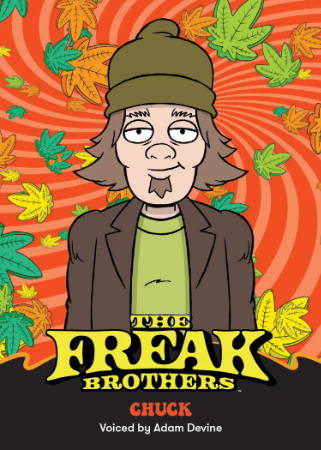 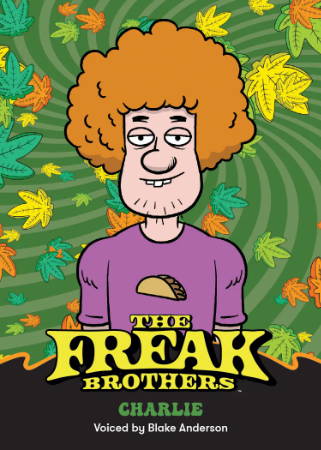 Finally, Cryptozoic will showcase its games, including the following recent release:

Epic Spell Wars of the Battle Wizards: ANNIHILAGEDDON 2 — XTREME NACHO LEGENDS: Players can return to the Annihilageddon arena in the most intense deck-building gameplay legally available. Featuring the trademark mature themes and inappropriate art of the Epic Spell Wars series, this game introduces the Legendary Line-Up that provides a wild second row of cards to buy, XTREME Nacho Chips that let you activate special card abilities, and Mega Mayhems that throw even more chaos at players. It also includes 10 new oversized Wizards with their Familiars. This standalone game is compatible with all games and expansions in the Epic Spell Wars: ANNIHILAGEDDON series. It will sell for $44.99. 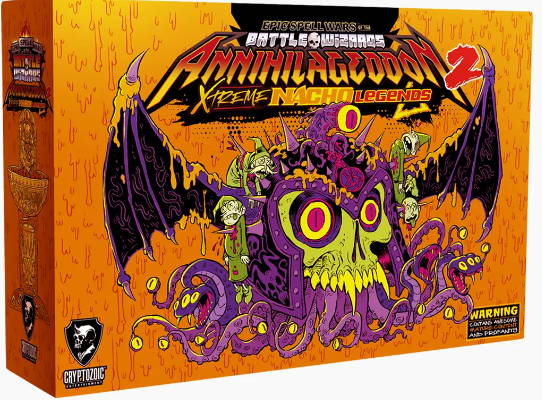