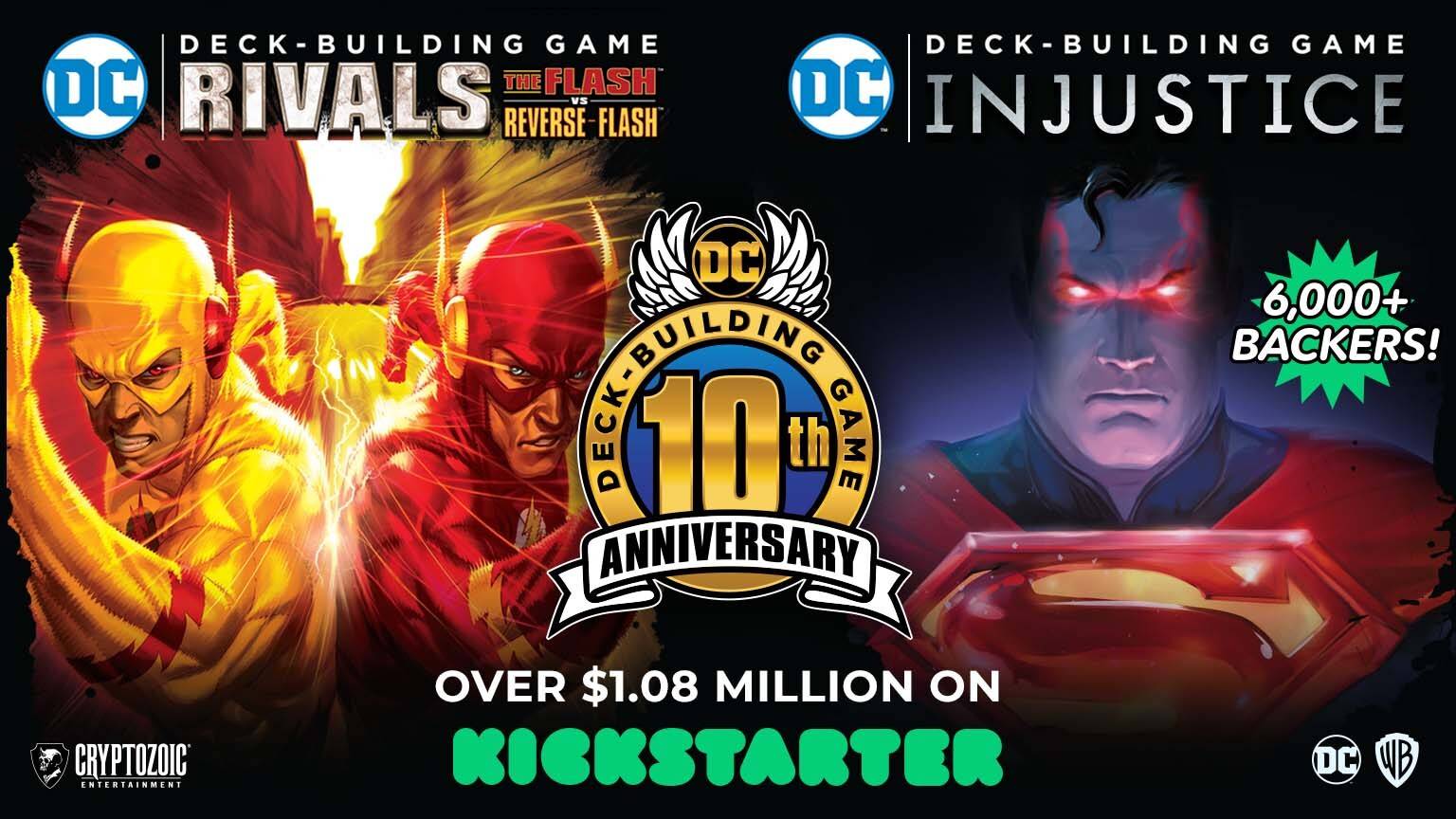 Successful Campaign Featured New Games Based on Injustice and The Flash vs. Reverse-Flash, Over 50 Unlocked Stretch Goals, and Numerous Exclusives

The campaign embodied the company’s “Fans First” motto with numerous surveys and calls for direct input, resulting in 51 unlocked stretch goals and many additions in response to fan requests. During the campaign, backers were able to preorder Kickstarter editions of two upcoming games in the DC Deck-Building Game series: Injustice, based on the popular comics and video games, and Rivals – The Flash vs. Reverse-Flash. Fans could also pledge for two new editions of the DC Deck-Building Game: Multiverse Box for storing their collections, two exclusive playmats, and Multiverse Editions of six DC Deck-Building Game base games that include all components except the packaging and rulebooks for a lower price.

“DC Deck-Building Game fans came out for this campaign in a huge way and we couldn’t be more thrilled,” said Shahriar Fouladi, Director of Product Development & Marketing for Cryptozoic. “It was amazing to be able to interact with the backers on a daily basis, which allowed us to adjust and add things to the campaign directly in response to feedback. We are committed to continuing to work closely with the passionate and engaged community of fans as we deliver DC Deck-Building Game products.”

DC Deck-Building Game: Injustice puts players in the world of the hit Injustice: Gods Among Us video games and comic books as Batman and his insurgents battle against a tyrannical Superman. Using the Brawl version of the Cerberus Engine, players land devastating blows and block their opponents’ strikes. The Kickstarter Exclusive cover is by renowned artist Well-Bee (Marvels X, The No Ones) and the game cards feature both original art by six talented artists from Altercomics Studio and art directly from the Injustice comics.

DC Deck-Building Game: Rivals – Flash vs. Reverse-Flash lets two players become part of the high-speed battle between the iconic rivals. Each player has three unique Character cards, each with more formidable abilities and a higher cost than the previous one. Players use the cards in their hands and special abilities like “Speedster” to buy cards and confront each other until either The Flash or Reverse-Flash stands victorious. 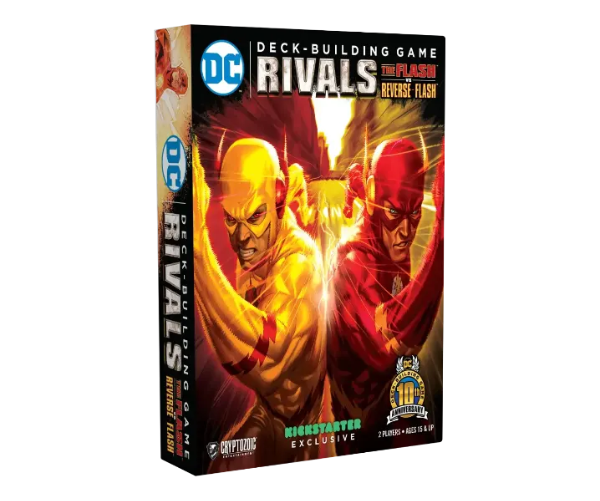 The new DC Deck-Building Game: Multiverse Box is available in both a Super-Villains Edition featuring a Kickstarter Exclusive cover and a Super Heroes Edition. With original cover art by artist Omar Francia (Legends of the Dark Knight, Doom Patrol), these storage boxes for players’ collections are designed to fit over 1,600 sleeved standard cards and over 500 sleeved oversized cards. 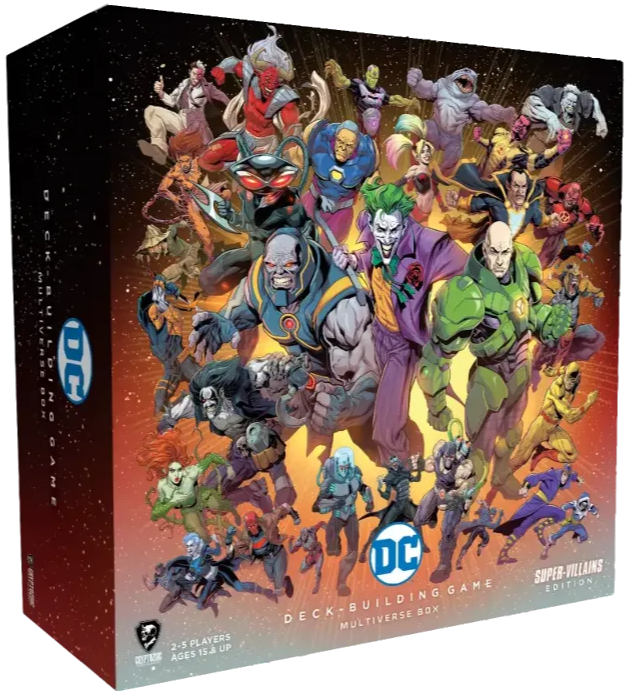 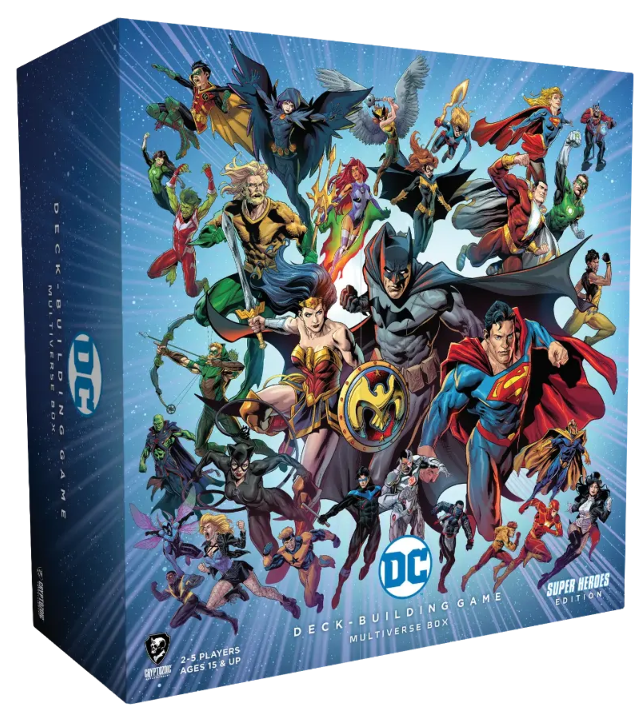 Those who missed out can sign up to be notified when late pledges are available. Items preordered during the Kickstarter are expected to be delivered to backers in December. Retail releases of DC Deck-Building Game: Injustice, Rivals – Flash vs. Reverse-Flash, and Multiverse Box – Super Heroes Edition will follow later.