“CZX trading card releases create super premium experiences for collectors and ‘Crisis on Infinite Earths’ is the biggest Super Hero event in TV history, so it was a perfect match,” said John Sepenuk, CEO and co-founder of Cryptozoic. “It took years of hard work from our entire team, but we are thrilled to be able to provide autographs from the big three—Stephen Amell, Grant Gustin, and Melissa Benoist—and so many other fan-favorite actors from the different episodes. Our Sketch Card artists brought their A game with amazingly detailed Sketch Cards that are truly works of art. We truly believe this is the highest quality trading card product ever created based on DC’s TV shows.” 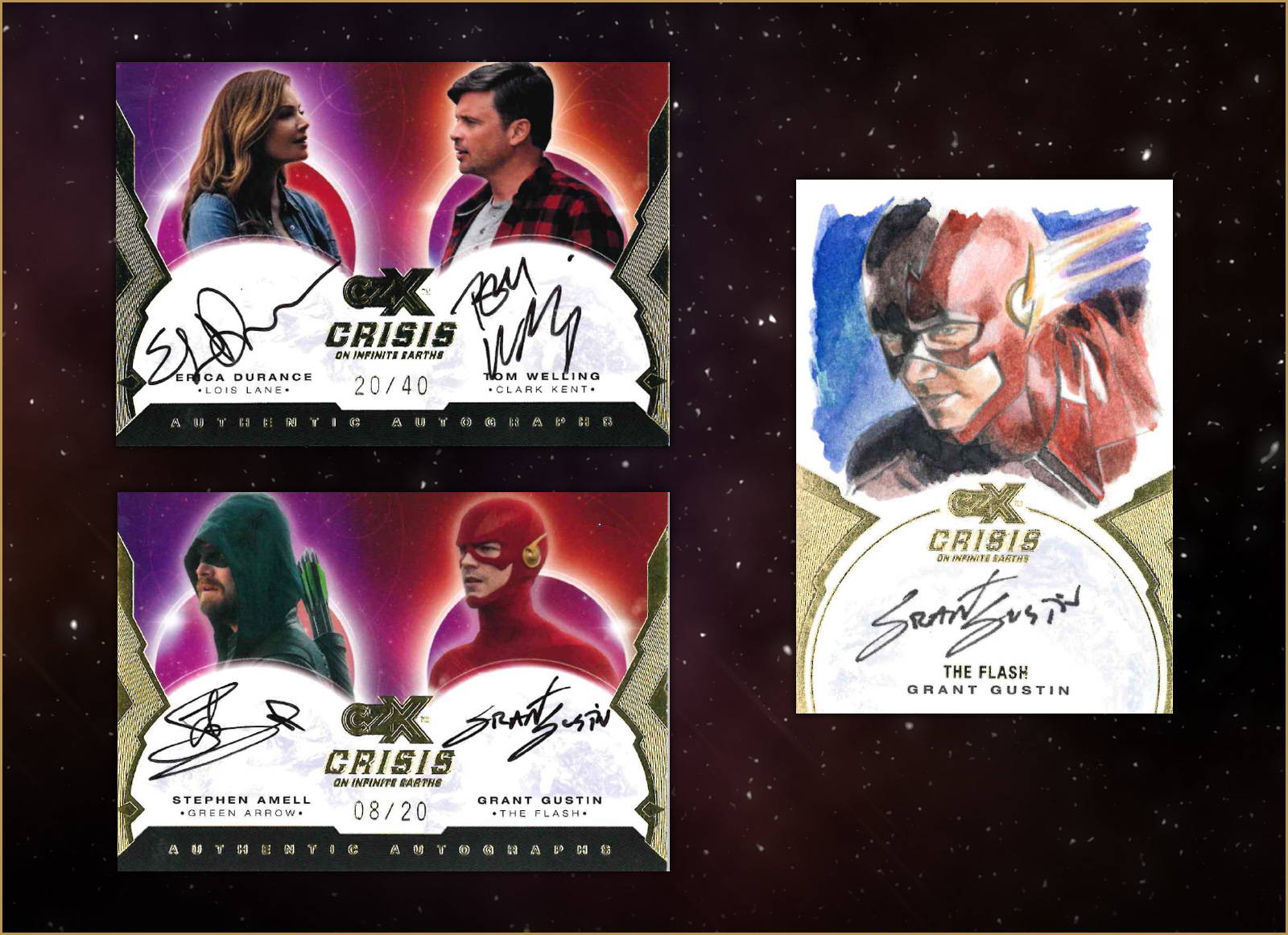 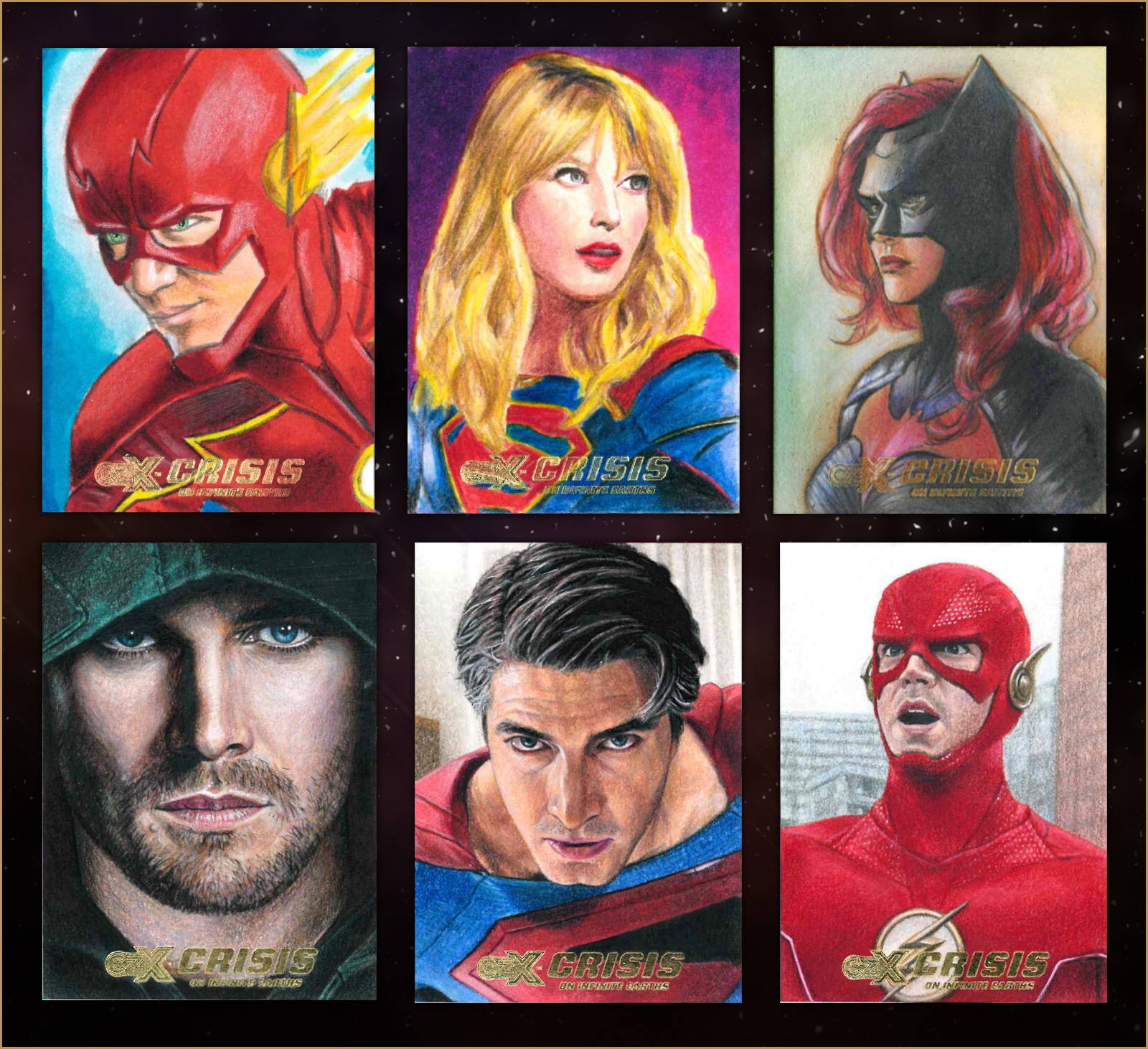 Single, Dual, and Triple Wardrobe Cards contain pieces of fabrics used in the production of costumes worn by actors in the different shows. 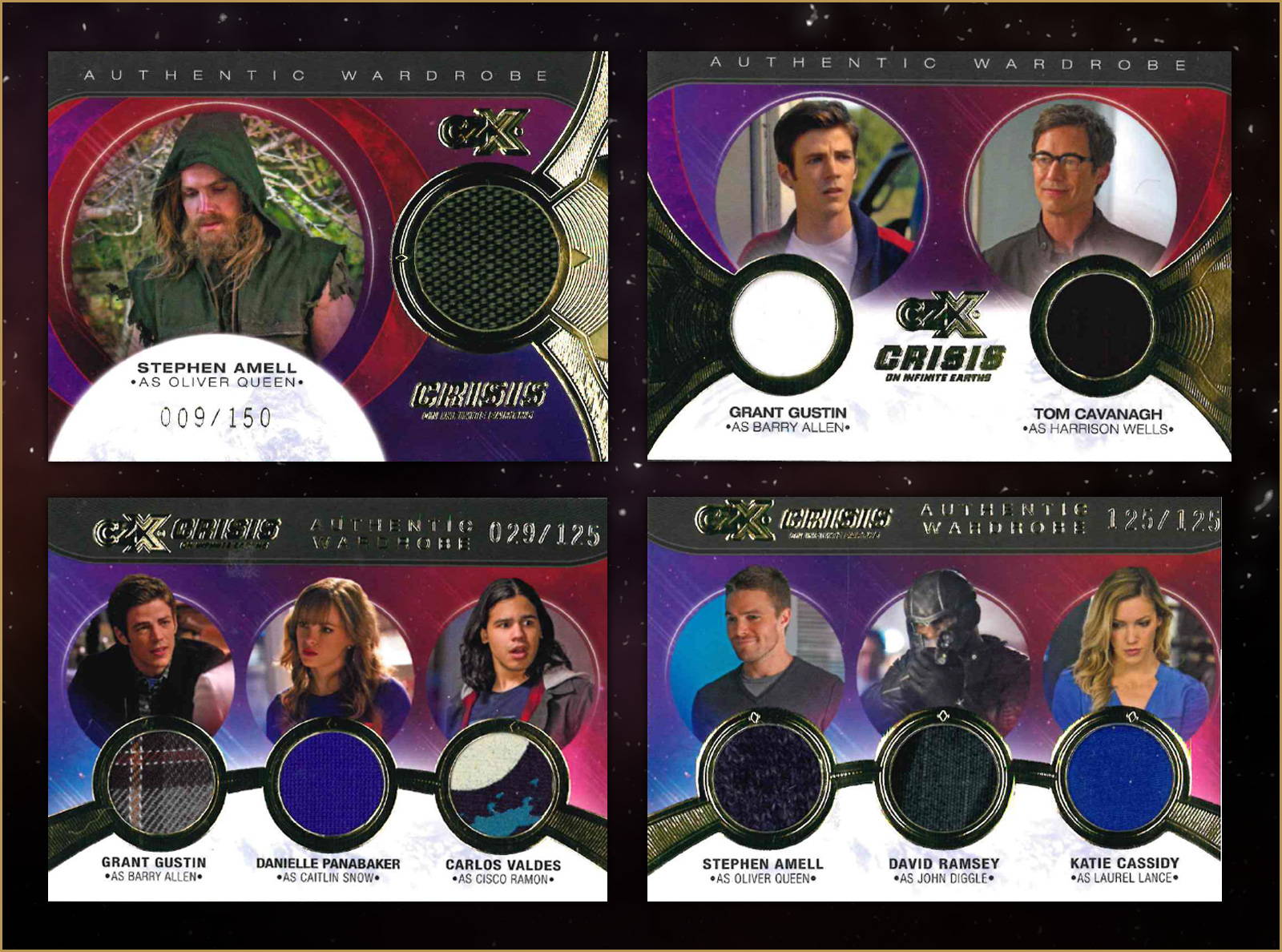 CZX STR PWR, the Chase Set, showcases characters from the event on rare, high-quality cards printed on foil board. 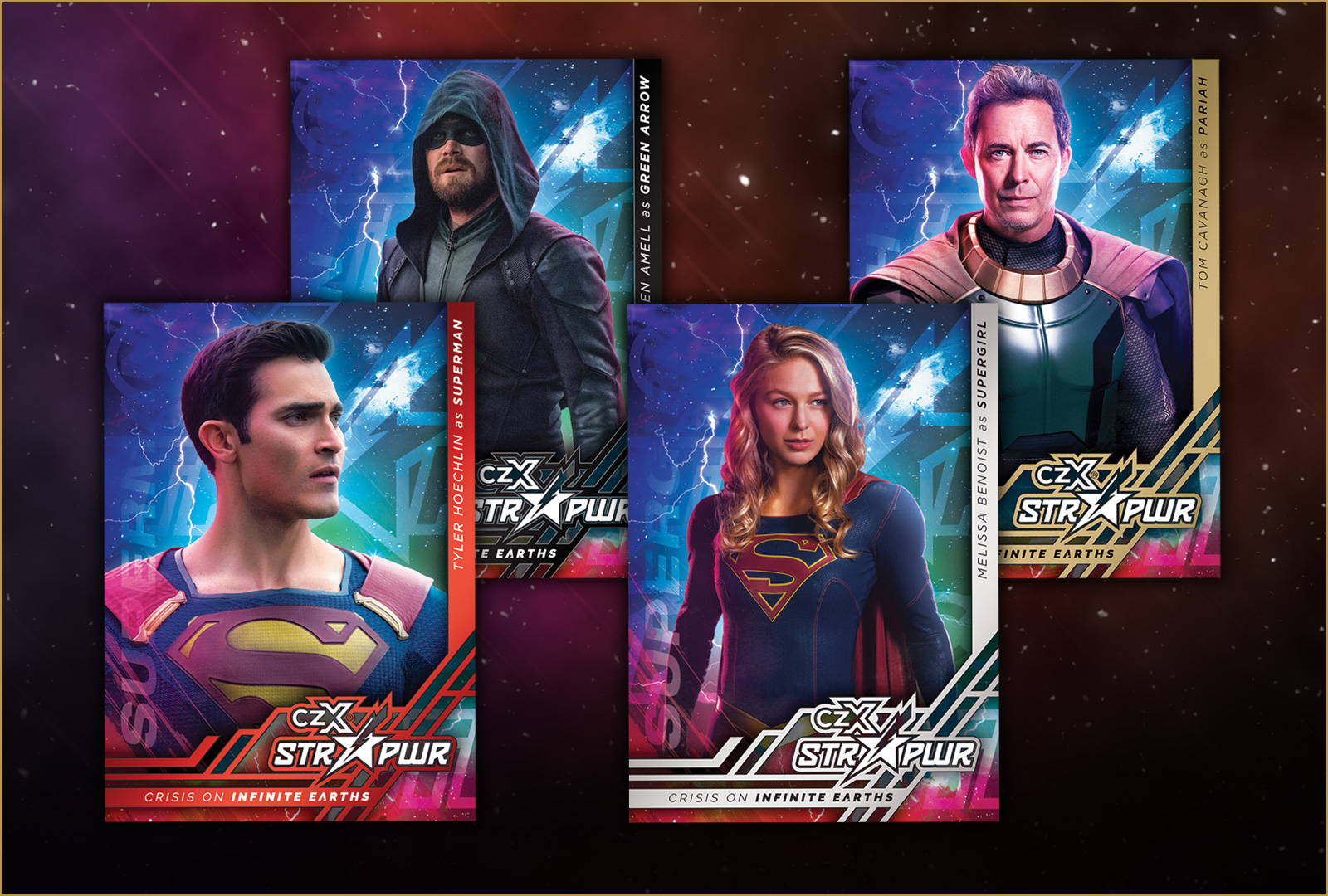 Finally, the Base Set for the release includes a variety of stunning images from episodes of Arrow, The Flash, Supergirl, DC’s Legends of Tomorrow, and Batwoman that are part of “Crisis on Infinite Earths.” 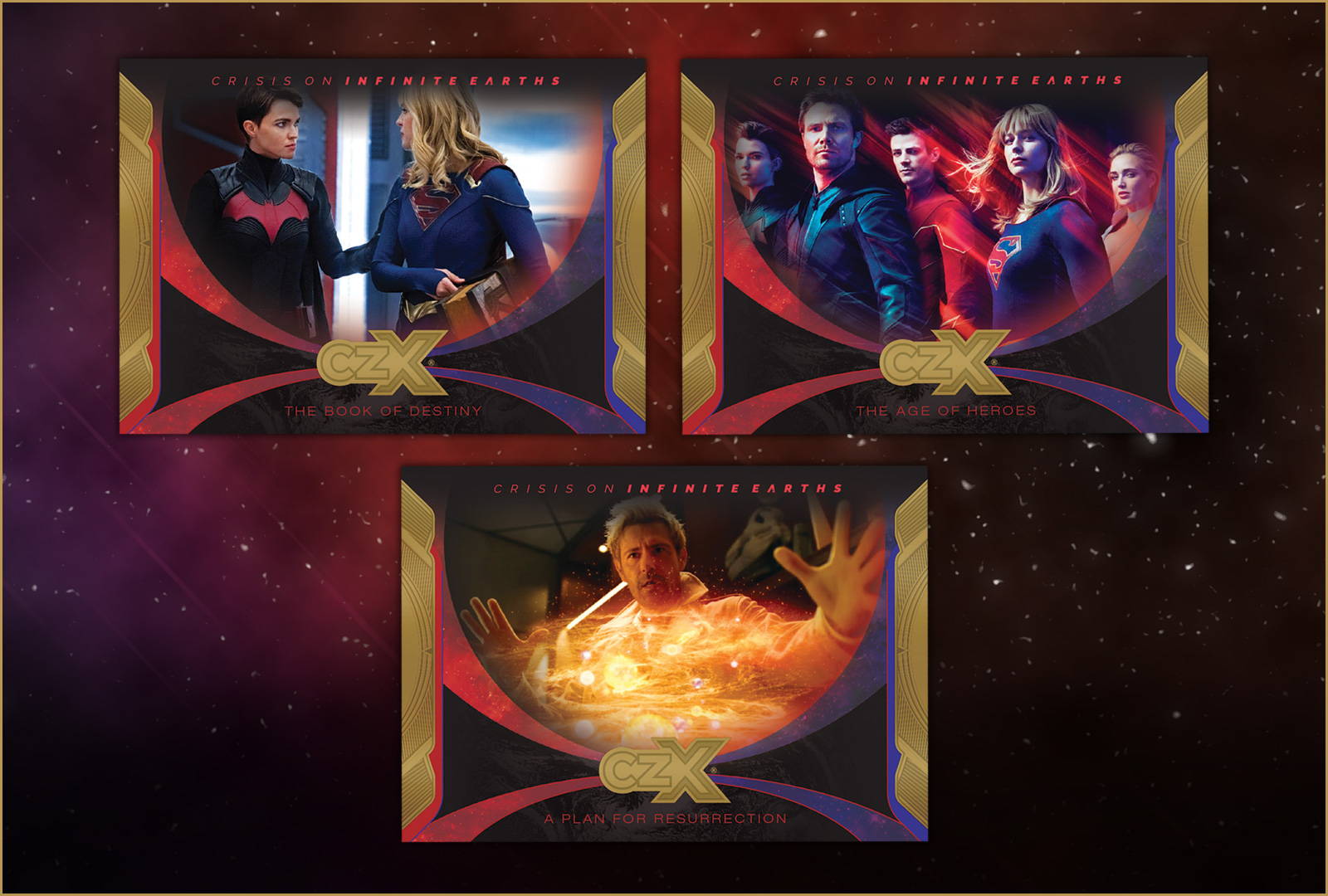 CZX Crisis on Infinite Earths will be available at retailers worldwide January 19. 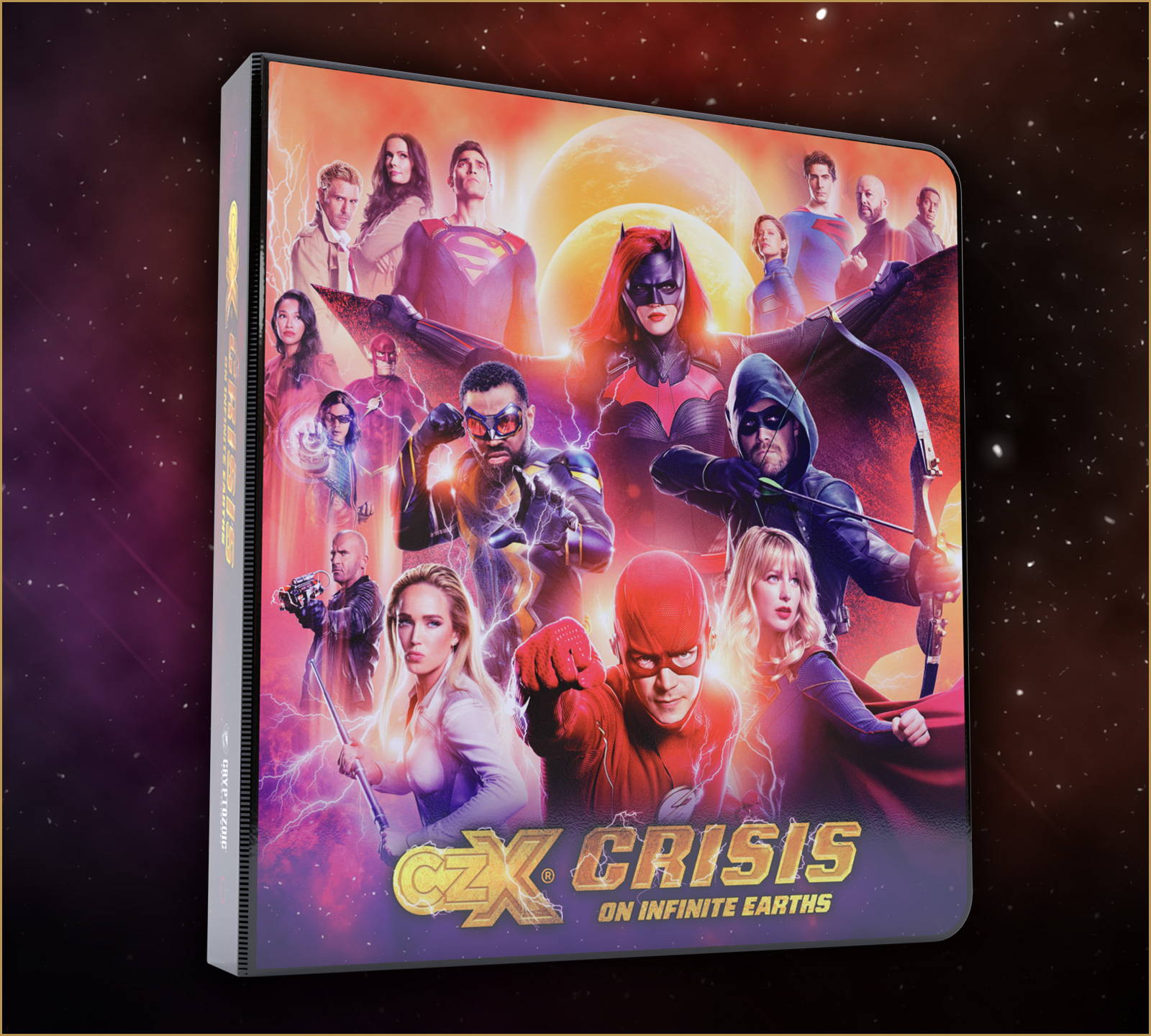 For more information, check out the CZX Crisis on Infinite Earths product page.

About Warner Bros. Consumer Products
Warner Bros. Consumer Products, part of Warner Bros. Global Brands and Experiences, extends the Studio’s powerful portfolio of entertainment brands and franchises into the lives of fans around the world. WBCP partners with best-in-class licensees globally on an award-winning range of toys, fashion, home décor, and publishing inspired by franchises and properties such as DC, Wizarding World, Looney Tunes, Hanna-Barbera, HBO, Cartoon Network and Adult Swim. The division’s successful global themed entertainment business includes groundbreaking experiences such as The Wizarding World of Harry Potter and Warner Bros. World Abu Dhabi. With innovative global licensing and merchandising programs, retail initiatives, promotional partnerships and themed experiences, WBCP is one of the leading licensing and retail merchandising organizations in the world.

About DC
DC, a WarnerMedia Company, creates iconic characters, enduring stories, and immersive experiences that inspire and entertain audiences of every generation around the world and is one of the world’s largest publishers of comics and graphic novels. As a creative division, DC is charged with strategically integrating its stories and characters across film, television, consumer products, home entertainment, interactive games, DC UNIVERSE INFINITE digital subscription service and community engagement portal. For more information visit dccomics.com and dcuniverseinfinite.com