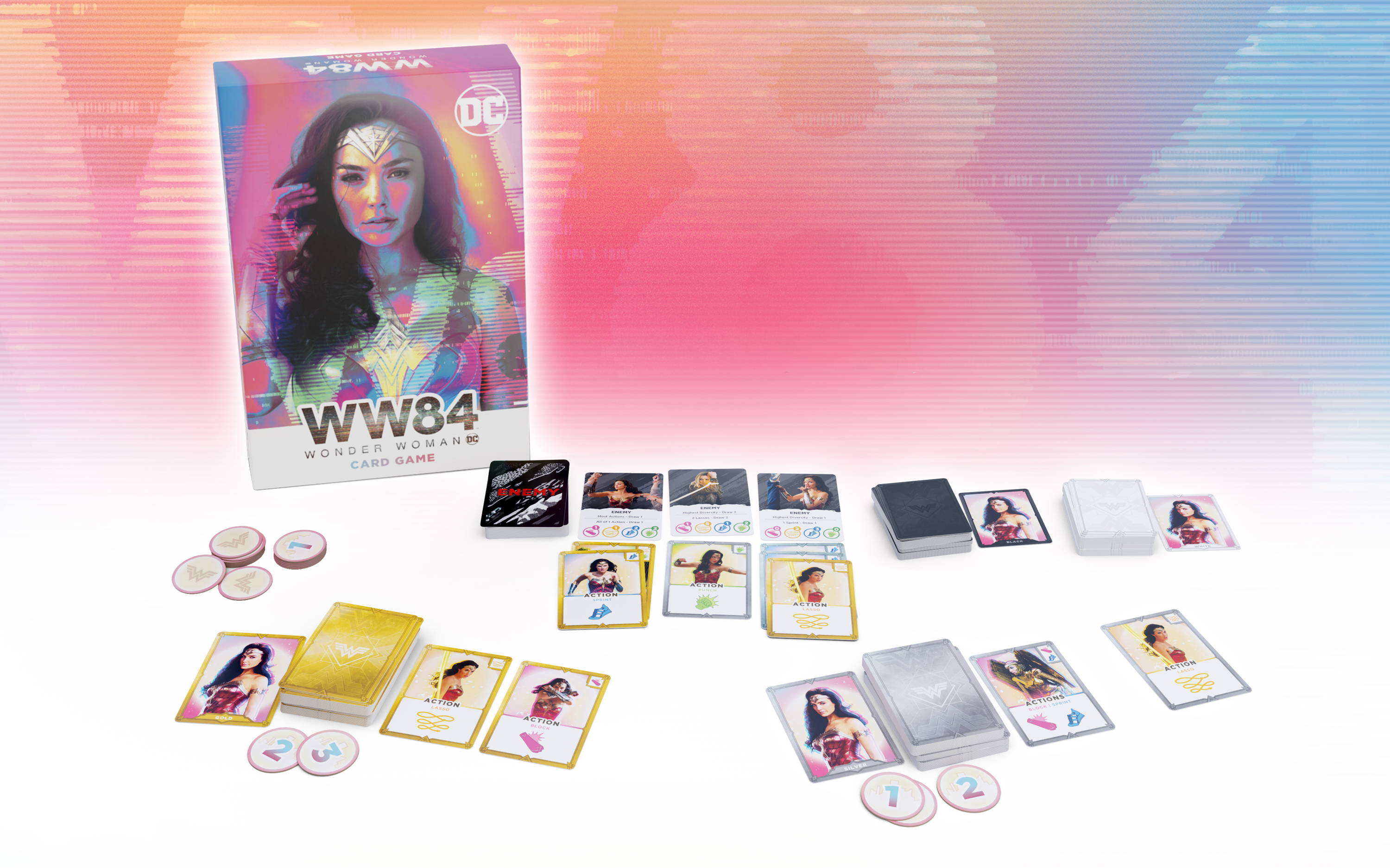 In the game, each player has a deck comprised of cards with four different actions—block, lasso, sprint, and punch—that they utilize to defeat the lineup of enemies. Each deck also contains special “Dual Action” cards that are even more powerful and skill-testing. Each enemy requires a unique combination of these actions to be taken out, but only those players who additionally meet the unique goals for each enemy (such as “highest diversity of actions”) will get a share of the rewards, in the form of rescued civilians. Defeating an enemy may yield 1, 2, or even 3 civilians, so there’s always a chance to catch back up. The player who saves the most civilians wins.

Wonder Woman 1984 Card Game is for ages 14 and up and is available now online and at retailers nationwide for $19.99. 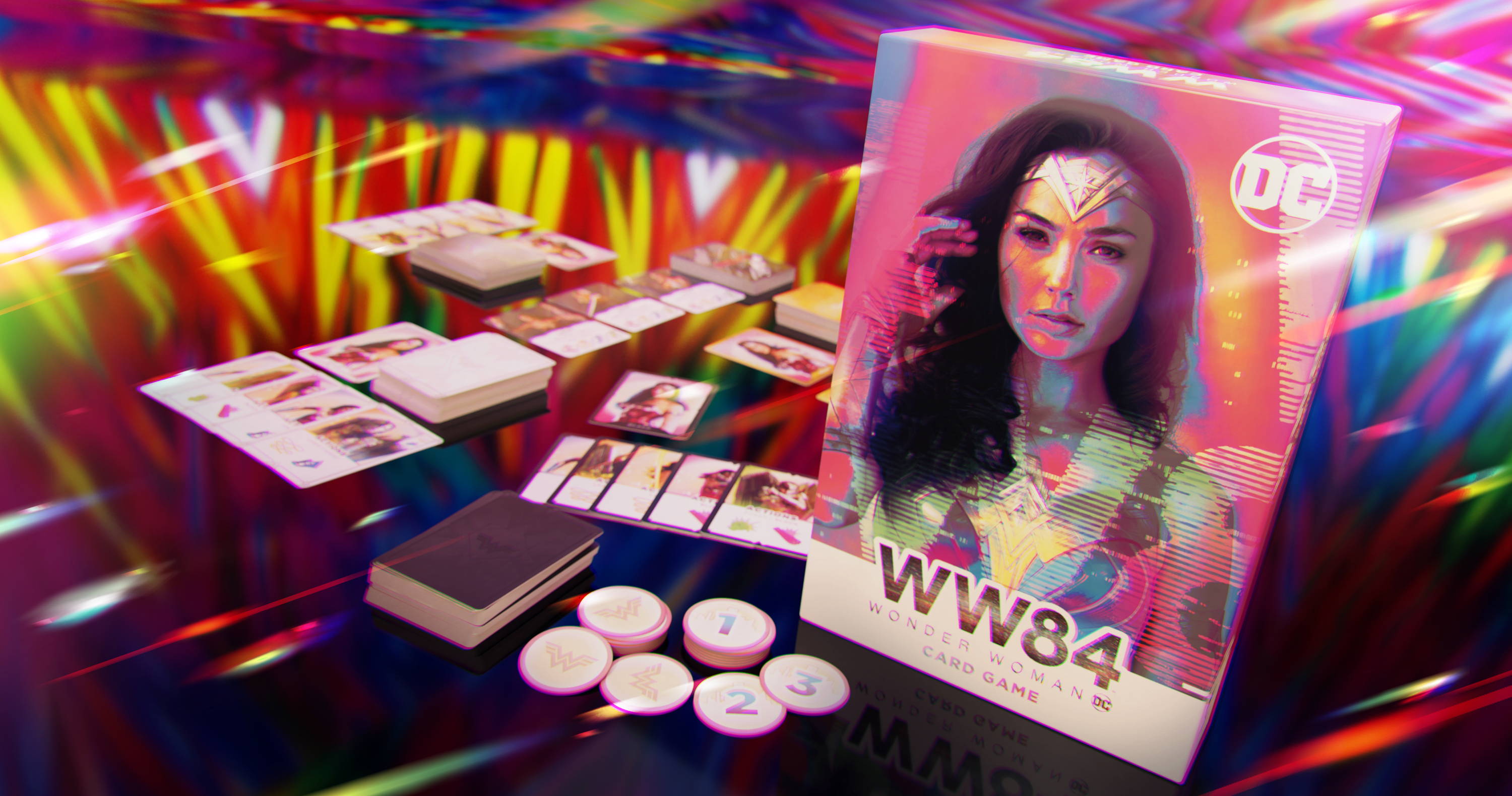 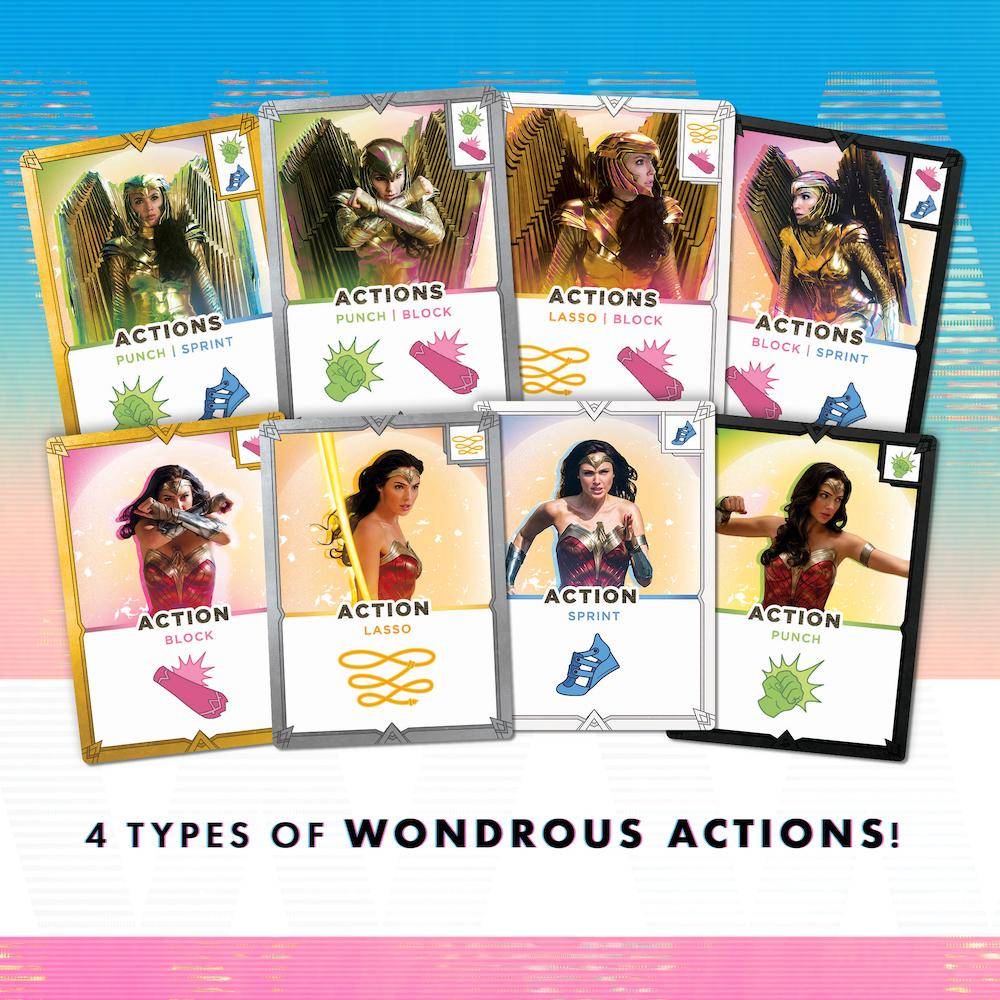 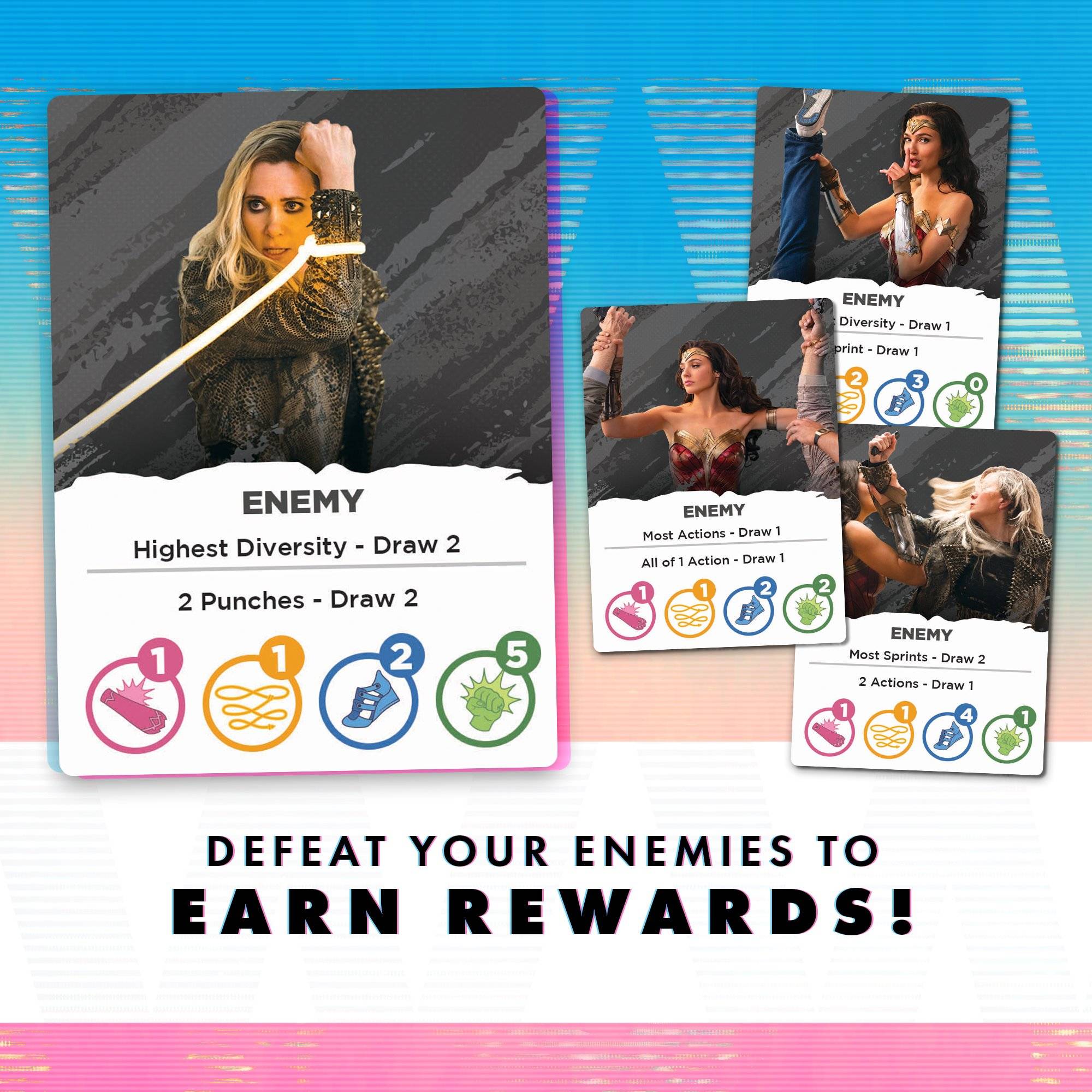 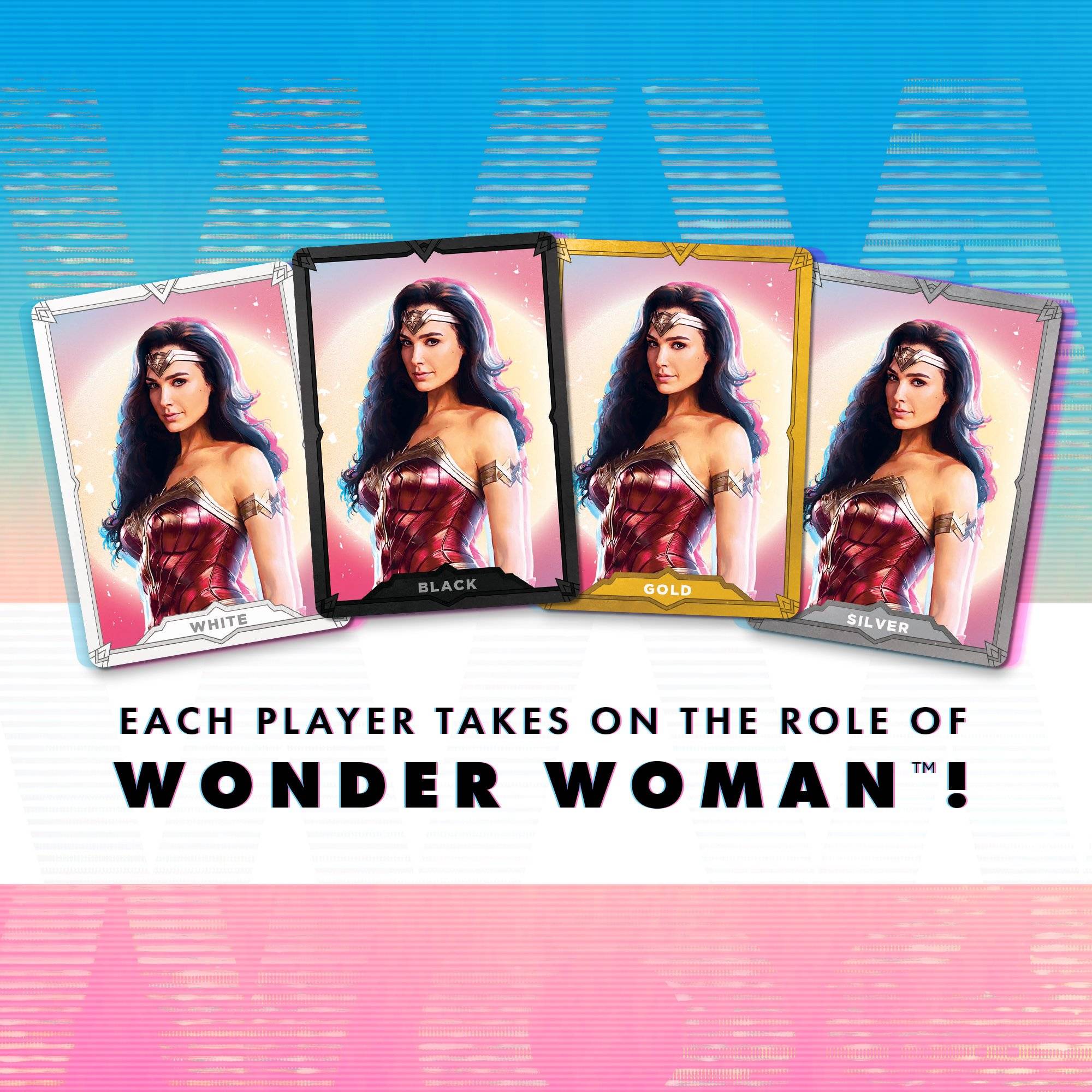 Warner Bros. Consumer Products, part of Warner Bros. Global Brands and Experiences, extends the Studio’s powerful portfolio of entertainment brands and franchises into the lives of fans around the world. WBCP partners with best-in-class licensees globally on an award-winning range of toys, fashion, home décor, and publishing inspired by franchises and properties such as DC, Wizarding World, Looney Tunes, Hanna-Barbera, HBO, Cartoon Network and Adult Swim. The division’s successful global themed entertainment business includes groundbreaking experiences such as The Wizarding World of Harry Potter and Warner Bros. World Abu Dhabi. With innovative global licensing and merchandising programs, retail initiatives, promotional partnerships and themed experiences, WBCP is one of the leading licensing and retail merchandising organizations in the world.

DC, a WarnerMedia Company, creates iconic characters, enduring stories, and immersive experiences that inspire and entertain audiences of every generation around the world and is one of the world’s largest publishers of comics and graphic novels. As a creative division, DC is charged with strategically integrating its stories and characters across film, television, consumer products, home entertainment, interactive games, DC UNIVERSE INFINITE digital subscription service and community engagement portal. For more information visit dccomics.com and dcuniverseinfinite.com

All DC characters and elements © and TM DC Comics. (s21)